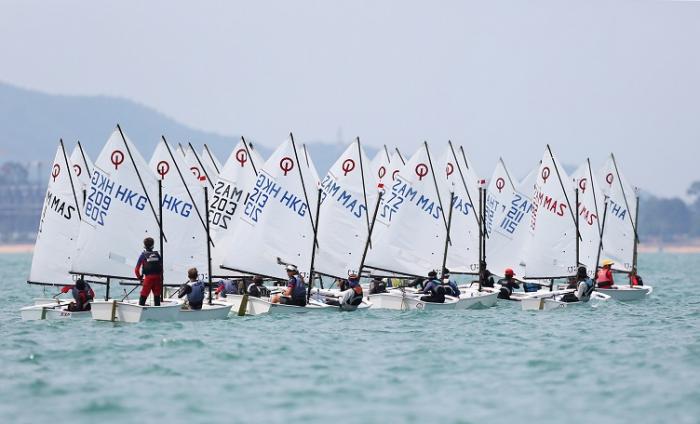 PATTAYA: The next generation of Olympic sailors from Thailand and around Asia are heading to Ocean Marina Yacht Club this weekend to compete in the Thailand Optimist National Championships.

Now in its 41st year, the Thailand Optimist National Championships is the country’s second oldest sailing trophy and the pinnacle of competitive youth sailing in Thailand.

The Thailand Optimist National Championships was incorporated in the Top of the Gulf Regatta Presented by Ocean Marina at its inception 12 years ago and has grown to become one of the most highly competitive youth sailing events in the region.

This year the championships will welcome more than 30 international youngsters who are flying in from Malaysia, Singapore, Indonesia and Hong Kong to compete with strong showings, in particular from the Royal Hong Kong Yacht Club and Aberdeen Boat Club.

The competition will be held over three days from April 30 to May 2. Almost all of the 150 youngsters are expected to compete, with more than 100 from Thailand alone, and all will be racing for the coveted title of Thailand National Optimist Champion.

The national championships are held in the waters off Ocean Marina Yacht Club in Pattaya, Thailand with on-water race management provided by the Yacht Racing Association of Thailand.

Past winners have gone on to compete in the Optimist Worlds – the world championships of youth Optimist sailing – and in the case of former Thai youngster Noppakao Poonpat and the Thai youth sailing team, have won gold medals on the world stage.

The Top of the Gulf Regatta Presented by Ocean Marina is the region’s largest and most diverse regatta of its kind and will see keelboats and multihull classes racing over four days (May 1-4), whereas the dinghies, Thailand Optimist National Championships and RS:One Asian Championship will be racing from April 30-May 2.