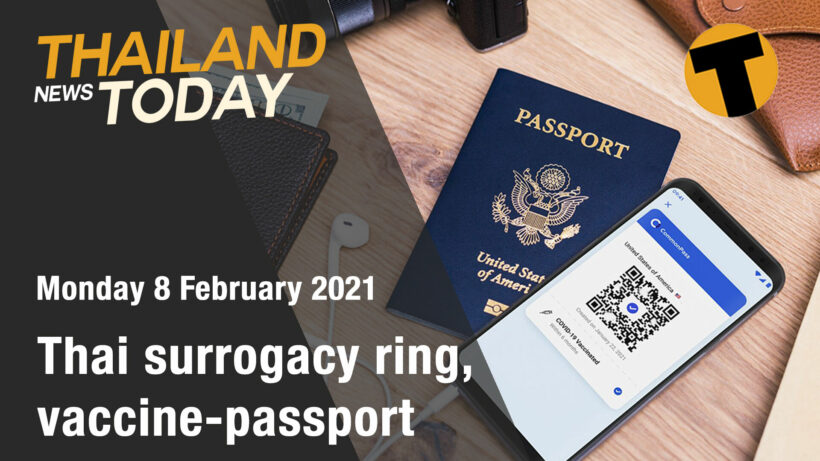 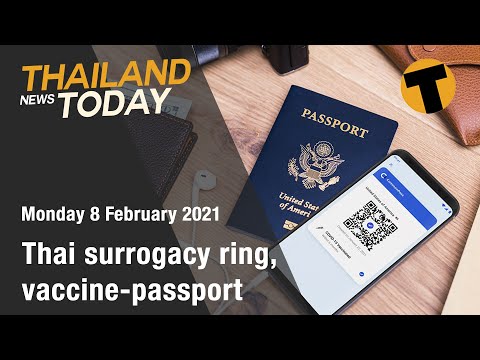 An alleged illegal transnational surrogacy ring, posing as a cleaning company, has busted by Thailand’s cybercrime police after surrogate mothers were unable to deliver the children to buyers overseas due to the current travel restrictions.

Officers from the Cyber Crime Investigation Bureau raided 10 locations suspected of being involved in the underground transnational surrogacy network, arresting 3 alleged agents and 4 Thai women who are believed to be surrogate mothers.

Officers also found 2 infants, 6 months old and 8 months old, during the raids. The bureau partnered with the Department of Special Investigation, as well as other agencies, including the US Embassy in Thailand, for the investigation.

Investigators claim that Thai women were lured into the illegal surrogacy network through social media and were paid more than 500,000 baht each to bear children for overseas parents. By posing as a cleaning company, the surrogacy network managed to operate in Thailand for a number of years.

Thai women would travel to Cambodia for an embryo transfer and then head back to Thailand where they would stay until they gave birth. The intent then was to hand the babies over to the overseas parents.

The investigation was launched after a woman, believed to be a surrogate mother involved in the illegal network, gave birth to a premature baby with multiple health problems including a brain haemorrhage. Investigators then discovered many other Thai women had travelled abroad for an embryo transfer.

The suspects face charges for violating the Protection of Children Born by Assisted Reproductive Technology in Medical Science Act and the Anti-Participation in Transnational Organised Crime Act.

With families across Thailand getting together to celebrate the Chinese New Year this weekend, health officials are concerned the gatherings could potentially spread Covid-19. In Bangkok, Friday’s festivities celebrating the year of the ox in Chinatown, have already been cancelled by the Bangkok Metropolitan Administration due to Covid concerns.

The director of the emergency disease and health hazards control, Chawetsan Namwat, says strict social distancing is important at family get-togethers and suggested reuniting families virtually instead, especially with elderly family members who are the most at risk.

Most of Bangkok’s recent coronavirus infections have been linked to large social gatherings. 4 separate parties in Bangkok are behind nearly 40 cases. The CCSA says alcohol was a main factor in people letting their guard down when it comes to practicing disease control measures.

This Friday is a public holiday for Chinese New Year this year. The Friday and Saturday form the two main holidays to welcome in the Year of the Ox. The three day long weekend also includes Valentines Day on Sunday… just a reminder if you forgot.

Hundreds of Burmese nationals have again gathered outside the UN building in Bangkok to protest against last week’s military coup in their home country. Many raised their hands in the 3-finger salute, a symbol of resistance and democracy taken from the movie the Hunger Games and widely used by Thailand’s pro-democracy movement.

Some protesters held photos of Aung San Suu Kyi, the leader of Myanmar’s League for Democracy Party and previous State Counsellor before she was deposed and arrested by the Burmese military on February 1. She had won last November’s election in an overwhelming landslide. Some held signs with her picture that said “We are together with you.”

Police say the estimate around 300 Burmese nationals gathered outside the UN’s Economic and Social Commission for Asia and the Pacific on Ratchadamnoen Nok Avenue. The protesters wore all wearing face masks but the crowd were ordered to end the demonstration and disperse because it violates the ban on public gatherings.

Last week, protesters also gathered outside Myanmar’s Embassy in Bangkok following the coup in the neighbouring country. Riot police dispersed that crowd and 3 Thais were arrested.

Thai health officials aren’t yet onboard with the idea of a “vaccine passport” which would potentially allow travellers who have been vaccinated against Covid-19 to enter Thailand without having to go through the 14 day quarantine. Health officials in Thailand say there isn’t yet enough evidence to prove that the vaccine is totally effective in preventing transmission of the coronavirus.

While the vaccines are considered to be effective and are being administered around the world, Thailand’s Department of Disease Control says there’s still not enough research to know if the shots are completely effective, how long they’ll last or their efectiveness against transmission.

Thailand’s Public Health Ministry has consulted the World Health Organisation about a potential vaccine passport regulation, but has determined that a mandatory 14 day quarantine is still the best international agreement on travelling during the pandemic.

The lack of tourists travelling to Thailand over the past year has led to many tourism-related businesses and hotels closing up, more than a third of them for good, according to a recent survey. With many people turned off by the idea of a 14 day quarantine at their own expense, some say the vaccine passport could been the magic short-term bullet for more tourists and a boost to the economy.

The Federation of Thai Industries say foreigners with a certificate of Covid-19 vaccination should be able to bypass some of the strict control measures when entering the country.

The Thai man who found what is believed to be a rare orange pearl worth millions of baht has been arrested on drug charges. Turns out he’s a suspect in an ongoing drug case. And with his multimillion baht find getting both national and international media attention, Thai police were able to track him down and arrest him at his home next to a beach in Nakhon Si Thammarat.

The 37 year old said he was called to the Koh Phet beach by a spirit who told him there was a gift waiting for him. He took the spirits up on their suggestion and found the 7.6 gram pearl in either an oyster or a Melo Melo snail shell when wandering along the beach the next day. If the orange pearl is a genuine Melo pearl, it could be worth 10 million baht.

But police had previously found 16,000 methamphetamine pills near the man’s home. After seeing reports that he was back at his home, Thai police obtained a search warrant and raided the house, seizing drug paraphernalia. The man, known as Haschai, was arrested on charges of using and possessing crystal methamphetamine.

China ready to export vaccine to Thailand, delivery will be “as soon as possible”