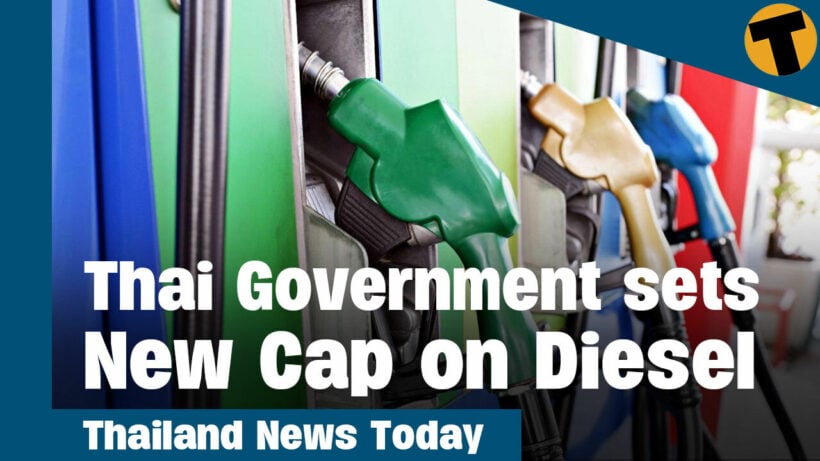 The governor of Phuket, says all Covid-19 screening measures will be dropped for fully vaccinated visitors coming to the southern island. His announcement refers to DOMESTIC travellers. The announcement came on the back of the infection rate dropping to 98 cases a day.

In addition, Narong says 70 percent of the island’s residents have now had a booster dose of a Covid-19 vaccine and healthcare facilities on the island are well-equipped to deal with any additional cases. The island is planning to drop its screening measures for vaccinated domestic visitors from this Sunday onwards.

The decision was made at a meeting of the island’s provincial health officials, which was also attended by the deputy governor, a number of state agencies, and representatives from the private sector.

In order to help boost domestic tourism on the island, it was agreed to lift screening measures for all fully vaccinated visitors arriving by land and sea from May 1st. It comes as the CCSA approved a proposal to drop PCR testing on arrival for vaccinated international arrivals by air from the same date.

However, unvaccinated tourists will still need to take a PCR test. There is also speculation that the much-maligned Thailand Pass could be a thing of the past from June 1st, —IF the Covid situation continues to stabilise, and the CCSA votes in favour of a proposal from the tourism and sports minister.

Pichet says Phuket will also allow restaurants to serve alcohol until midnight, instead of the former cut-off of 11 pm, after the CCSA approved the move.
With entertainment venues still not allowed to re-open, Pichet says that any such businesses that wish to operate as restaurants must first undergo an assessment by Phuket’s provincial communicable disease committee.

Electric scooters were originally banned in the island province in February when four tourists in Patong were charged with using unregistered and untaxed vehicles after they drove electric scooters near a beach resort. A viral video of the event sparked criticism online among netizens who questioned why the police would arrest the tourists, instead of going straight to the source scooter rental companies that have been allowed to operate in the city.

People caught riding electric scooters on public roads can be fined up to 10,000 baht. Since scooters are not recognised as vehicles by the Department of Land Transport, people caught riding them can also be charged with operating a vehicle without a valid license.

The Phuket News reports that local municipalities have yet to decide whether or not people can ride electric scooters in public parks. In February, after being informed that they would be held responsible in case of an accident, rental operators in Patong agreed to suspend all rentals.

Get ready to say goodbye to Thailand’s 30 baht per litre price cap on diesel on May 1. Starting on Sunday, the price will be 32 baht per litre, according to the Oil Fuel Fund Office. Thailand’s permanent secretary for energy said the current 11 baht subsidy per litre is falling to 9.6 baht per litre.
Officials from Thailand’s energy ministry have warned for the past week that the price is set to surge in May. PM Prayut Chan-o-cha said the Fuel Oil Fund which has been helping keep the price down is now hugely depleted. On Tuesday, Thailand’s Energy Minister said the retail price is now at 40 baht per litre, although he stressed that the government will try to raise the price slowly.

Now, Prayut calls on the public to have sympathy for the government, insisting that the government has limited control over prices. But Thailand’s truck drivers are angry, and a group of them rallied in front of Government House in Bangkok yesterday to insist the government keep the 30 baht per litre cap. They called for the Energy Minister, Supattanapong Punmeechaow, to be removed.
Demands also include reducing the excise tax on fuel to 0.20 baht per litre, to equal that on aviation fuel. The truckers called for removing biodiesel from the system, which will help reduce the price by 1.5-2 baht per litre, as biodiesel prices are as high as 56.4 baht per litre. The president of the Land Transport Federation of Thailand, and representatives of transport operators, submitted a letter addressed to PM Prayut Chan-o-cha to a government representative.***

A big name in Thailand’s boxing scene has now joined Thailand’s Palang Pracharath Party and will represent the next election in Constituency 10 of the Khon Kaen province. The boxer, 49-year-old Somrak Khamsing, won a gold medal in the US in 1996. After he retired from boxing, he became an actor. He then moved into politics.
The Palang Pracharath Party heads up the tenuous coalition of conservative parties which formed the government following the March 2019 general election.

The PPRP has not set a target of how many seats it expects to win in Thailand’s north but hopes to be successful in this region. In Thailand’s northeast, where Somrak is running, it’s expected there will be heated competition between the PPRP, and Thailand’s Pheu Thai party. Pheu Thai is one of the country’s opposition party. PPRP deputy party leader Chaiwut Thanakamanusorn said he believes PPRP’s policies will win the support of people in the Northeast and other regions.

Thailand’s northeast has generally supported progressive parties and was the region that provided so many votes for the Thaksin and Yingluck Shinawatra governments in the past.

Somrak grew up in Khon Kaen, and started training in Muay Thai when he was 7 years old. After fighting about 300 matches, Somrak has reportedly only ever lost 12. In his acting career, Somrak played a boxing trainer at a Muay Thai camp in a prison in the 2017 action flick A Prayer Before Dawn. The story centres on a British man who ends up in a Thai prison, and starts training for a Muay Thai tournament there.

Somrak has starred in other action films as well, including Bangkok Revenge in 2011, about a young boy raised by a martial arts instructor who grooms him to be a lethal killer. Somrak was a sports ambassador for the 2013 World Combat Games.

Government says Thailand Pass not being cancelled, being “streamlined”