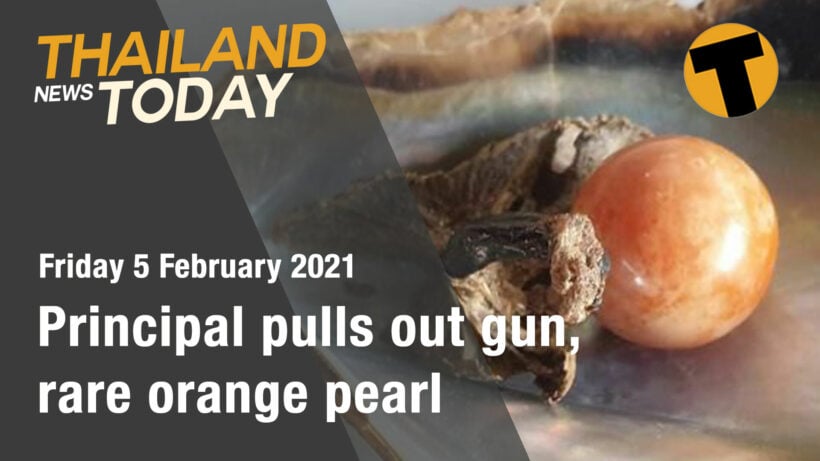 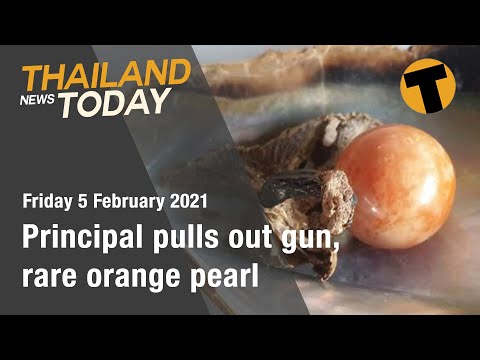 AstraZeneca says it will send 150,000 doses of its Covid-19 vaccine to Thailand from a plant in Asia, as a result of an EU ruling that restricts exports of the vaccine to countries outside the bloc. The doses had been due to come from Italy.

Thailand’s Health Minister says officials have received a letter from the pharmaceutical giant that explains what measures are being implemented to avoid supplies being disrupted as a result of the EU ruling.

Thailand is still expected to take delivery of 50,000 doses from Europe imminently, but the next 150,000 due to arrive in March and April will now come from Asia.

Anutin says that Thailand has secured an additional 35 million doses of the AstraZeneca jab, giving it 61 million doses in total. He points out that it’s up to AstraZeneca to ensure delivery, regardless of plans to produce the vaccine locally through Siam Bioscience.

A driver in a serious 3 vehicle pileup in Chon Buri has blamed the thick smog for the accident, saying his visibility was limited. Certainly a newer excuse than the old ‘brake failure’.

Two people were injured, including a 30 year old man who was stuck inside his sedan when rescuers had to use the “jaws of life” hydraulic tool to get him out of the car.

Another 39 year old motorcycles was found lying on the road. Police say he had minor injuries. The 31 year old trailer truck driver told police that the haze from the air pollution made it hard to see.

Chon Buri had a level of PM 2.5 yesterday measured as unhealthy.

A principal at a school in Southern Thailand pulled out a gun at a morning flag assembly after a criminal complaint was filed with police claiming that he had a inappropriate relationship with a student.

The principal at Thepha School in Songkhla was discussing the school’s budget at the assembly, but then changed the subject and started begging the students for forgiveness. He put down the mic and pulled out a gun tucked in his pants. It appeared that he was going to hurt himself rather than the students.

One student screamed “No! No! No!” Then hundreds of students quickly fled the area. After the incident, teachers immediately arranged for students to be picked up from school.

There’s more details about that story at thethaiger.com

Police in the north-eastern province of Si Sa Ket have arrested a 37 old man accused of producing counterfeit currency. The man was arrested ed at a property in the Nong Phai district as part of an investigation into a trail of fake 100 baht notes in circulation in Si Sa Ket and neighbouring provinces. Police say his arrest follows the capture of 2 other suspects earlier this week.

A Thai fisherman man found a 7.6 gram orange pearl that is supposedly worth millions of baht on a beach in Nakhon Si Thammarat. A potential buyer even plans to fly to Thailand and undergo a 14-day quarantine to check out the pearl in person.

The man who found the orange pearl says he went looking for pearls on Koh Phet beach after a calling from a spirit who, he says, was helping him out of poverty.

The next day he walked along the coast and picked up 3 oysters, pried them open and voila, a large orange pearl. It was about the same diameter as a 5 baht coin.

Like plenty of other popular tourist spots in Thailand, the economy in the southern province of Krabi has been decimated by the lockdowns and border closures. Tourist numbers in Krabi have fallen sharply, from a yearly average of 6 million to less than 1.5 million last year… and most of that was in the first 3 months before the borders were closed.

And just when Krabi locals thought the worst was behind them, the second Covid-19 outbreak hit the country ruining even a boost from domestic tourists during the tradiitional high season.

Krabi’s mayor believes there is light at the end of the tunnel and that the province is getting ready for the return of international tourists. He says the development of Krabi airport, and the provision of parking bays for 30 jet airliners, will increase the province’s status as a tourism hub, in line with the neighbouring provinces of Phuket and Phang Nga.

More than 500,000 baht worth of unregistered skin whitening cream containing banned substances has been seized in factory raids in Chachoengsao, Sa Kaeo, Chon Buri and Ayutthaya.

The cream was advertised on social media with claims that it could whiten skin within 7 days no matter how dark the skin.

Cream tested in an initial examination contained mercury, hydroquinone, retinoic acid and steroids… all banned by the FDA.

Altogether, police seized around 100 kilograms of raw materials and equipment used in making the cream.