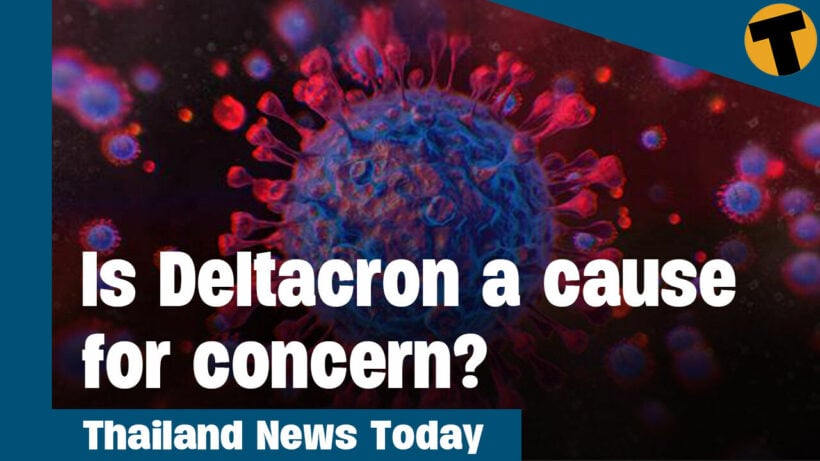 A devoted Vietnamese husband attempted to paddle across the Bay of Bengal from Phuket to India on an inflatable boat to see his wife who he hadn’t seen in two years due to the Covid pandemic.

Thai marines found 37-year-old Ho Huang Hung yesterday away from the Andaman coast after he had been at sea for 18 days.

Hung was prepared to paddle all the way to India across the Andaman Sea and through the Bay of Bengal, a journey of around 2,500 kilometres. But after 18 days, Hung had made it only 80 kilometres away from the shore. At that rate, it would have taken Hung around 625 days to reach the Indian coast.

With Cyclone Asani brewing in the Bay of Bengal, it is shocking that Hung managed to survive for 18 days. With 10 packs of noodles, a tank of water and some luggage, Hung had enough provisions to survive a little longer, but definitely not for another 20 months.

Yesterday morning, navy officials in the Similan Islands received a message from a fisherman who said he had seen a man floating on a small yellow and blue boat, just around 2.5 metres long.

Hung took a flight from Saigon to Bangkok on March 2, in hope of taking a connecting flight to Mumbai, where his wife lives. But Hung realised he couldn’t enter India without a visa, so he took a bus to Phuket, found a boat, and departed around March 5.

Blinded by love, Hung did not realise his plans would have quickly led to his demise, had his journey not been intercepted by the navy.

The alleged hitman who evaded arrest after killing an officer during a high-speed chase has reportedly fled from police again.

The man, who is on Thailand’s most wanted list for multiple charges involving murder, is believed to be hiding out in a forest on Khao Kao Mountain in the southern province of Songkhla. Authorities have come across a camp, and most recently a hut where they believe the alleged hitman had been hiding.

Earlier this month, suspected hitman Jamras allegedly fired an M16 rifle at officers during a police chase. One officer was shot in the head and later died at a hospital. Another was shot in the arm. Jamras and two other suspects were able to stop the car and run from the scene, while another suspect was not able to flee in time and was shot in a confrontation with police.

A team of more than 100 officers has been searching the mountain where they believed he was hiding. One 27-year-old suspect has since surrendered to the police but the other two, including the alleged hitman, are still at large.

According to Thailand’s Department of Medical Sciences, the Deltacron mutation has been circulating in Thailand since at least December, but is it a cause for concern?

According to a Thai PBS World report, department head Dr. Supakit Sirilak says 73 cases were detected during December and January, and all patients have recovered. Deltacron is thought to be a combination of mutations from both the Delta and Omicron variants.

Supakit says his team decoded the genetic makeup of the 73 cases and concluded the infections were most likely Deltacron, with the samples submitted to GISAID, a global science initiative and primary source that provides open access to the genomic data of influenza viruses, as well as the Covid-19 virus.

According to Supakit, the suspected Deltacron infections were found at a time when Delta was still circulating in Thailand, albeit being detected in only a small number of cases. Its presence, however, would afford it the opportunity to merge with Omicron.

Now that Omicron has become the dominant variant in the kingdom, accounting for nearly 100% of infections, Supakit says it’s likely Deltacron will eventually die out, as happened with the Beta variant. There are currently no indications it would take over from Omicron as the dominant variant.

Thailand has completed its first successful multivisceral transplant, where surgeons at Bangkok’s Siriraj Hospital were able to transplant the intestine, liver, pancreas, and stomach simultaneously for a Thai woman.

The patient had been diagnosed with a tumour in her small intestine back in 2018. After she had the tumour removed, she then developed an abdominal blood clot, limiting blood circulation to the small intestine and other abdominal organs. The loss of blood flow then caused certain organs to fail. After surgery to remove the blood clots, the patient was left with a number of problems that had a negative impact on her health.

The group of doctors then decided that she needed an intestine, liver, pancreas, AND a stomach transplant, but they had to wait more than two years for donated organs and to take extensive precautions since this had never been done in Thailand before. The Thai Red Cross Society alerted the team in 2021 that organs from a donor fit the criteria are ready. It took the team seven hours to operate.

The patient was able to return home after nearly three months in the hospital, but she still needs to see the physicians on a regular basis to monitor her health.

Following on from Nok Air’s declaration that it was suspending services to the newly-opened Betong Airport due to low uptake, the airport’s acting director has now been sacked.

According to a Nation Thailand report, Duangporn Suwanmanee was removed from her position just 4 days after Thai PM Prayut Chan-o-cha arrived on the airport’s first commercial flight.

On March 14, PM Prayut Chan-o-cha and his delegation flew on a Nok Air flight into Betong Airport on its first commercial flight to preside over the airport’s opening ceremony that marked its readiness to welcome commercial flights. But the very next day, Nok Air cancelled 2 flights, saying there weren’t enough passengers. It has since suspended all services to the airport until further notice.

Thailand’s tourism minister says he expects all border checkpoints with Malaysia to be open by May 1, adding that the move will benefit both countries.

According to a Nation Thailand report, Phiphat Ratchakitprakarn says his ministry will coordinate with the Foreign Affairs Ministry to agree to the re-opening with the Malaysian authorities, including deciding on what Covid prevention measures will be implemented at all the checkpoints.

The minister says he’s confident in Thailand’s Test & Go entry scheme, which he says can detect 85% of Covid-19 infections from the first day people enter Thailand. In a bid to reassure residents in the southern province of Songkhla, he adds that if an infection is somehow not picked up on arrival, it will be detected through the day 5 test.

Phiphat says his ministry has been running tourism promotion campaigns in Songkhla since the beginning of the year and will continue with the campaigns until the end of the year, with the intention of attracting both domestic and overseas tourists to Songkhla and other provinces in Thailand’s South.

Another elephant from Maesa elephant camp in Chiang Mai died on Friday, making it the 22nd elephant to die at the camp in the past two years.

Without almost no income from tourists during the pandemic, many camps and sanctuaries have been struggling to provide care and food for the animals.

A 50-year-old male elephant named Sidor Krung Rattana died on Friday just as staff was about to lift him into a truck to seek treatment at the Elephant Conservation Centre in nearby Lampang province. The elephant was chronically ill and had previously received full treatment from the camp’s veterinary team, but after not eating a proper diet for two years, the elephant did not survive.

Monks and a local doctor of folk wisdom have since conducted a ceremony for the elephant to ward off harmful spirits, which involved lighting incense and offering sugarcane, before burying Sidor in the elephant cemetery.

The executive at Maesa camp said that most of the elephants that have died over the past two years have been elderly with health problems, but she admits that the elephant camp has faced problems throughout the pandemic, mostly relating to money.

The camp used to have 78 elephants but 22 have died in the past two years.

AlexPTY
you forgot to mention North Korea, not they mastered social media and more dangerous than ever: It's Always Sunny in Pyongyang: NK Confirms Biggest-Ever ICBM Launch With Amazing Clip! US not impressed, slaps on more sanctions.. NK Sunny.mp4