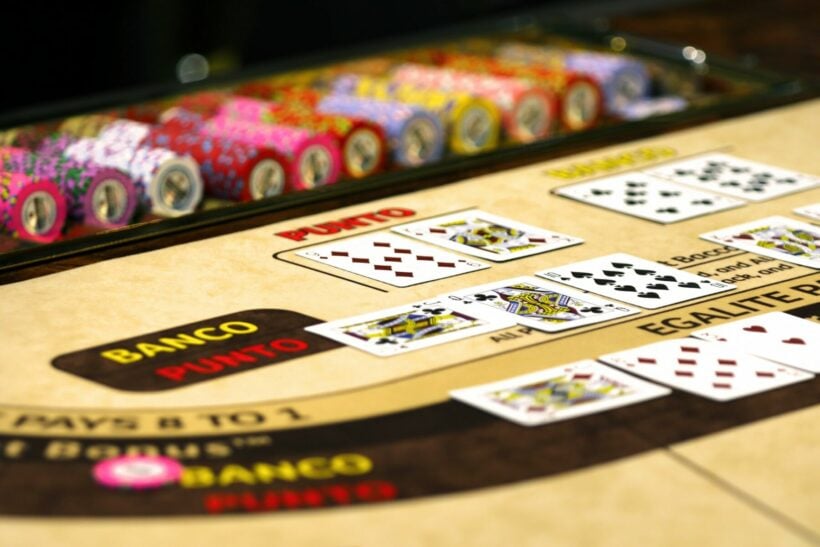 The future of casinos in Thailand might be marketed toward foreign tourists. A government committee discussing the legalisation of gambling, which has been long practised by Thais behind closed doors, are discussing the possibility of opening the first casino in Bangkok and then expanding to open casinos in other tourist destinations. Officials are considering making entry rules far more strict for Thais than for foreigners.

Talks by a special government committee, which was recently set up to discuss opening casino complexes, are still in the early stages and still need to be formalised by the committee before moving forward in the approval process.

Under the discussed measures, it won’t be that easy for Thais to get in. Foreigners, on the other hand, will be welcomed into the casino as long as they show their passports. But for Thai gamblers, they’d need to show their identity card, career information, source of income, financial status, saving account, statement, and financial credits. The casino complex would also have a minimum age limit and entry fee.

The head of a break-off group for the casino committee told Thai media that Bangkok and the surrounding areas would make suitable locations for a casino with the convenience of airports, expressways, motorways, and a variety of accommodations. Other locations would be popular tourist destinations in border provinces near immigration checkpoints.

oldschooler
35 minutes ago, HolyCowCm said: Yep. Never heard of. Casino entry fee and so will never visit any they make here. Yet Another Illogical Thai Idea that makes sense ( three levels down) only to them ! Could write a…

palooka
1 minute ago, AdvocatusDiaboli said: Heads … it will be run by the military : Tails … it will be run by the police Share 50%, no wars then, it is to be in Bangkok and Police run most of…
Cathat
a casino in thailand could attract the high quality high net worth individuals that the country has dreamed of enticing in for years. I assume the entry fee is so it does not attract the likes of the mafia/triads/yakuza,drugs money…
MrNovax
It amazes me how they keep drumming up "schemes" to attract foreigners while at the same time keep throwing up obstacles for foreigners to enter/stay here. A casino isnt a terrible idea but Thailand already has a lot of desirable…

Thailand News Today | Is the Deltacron variant a cause for concern?