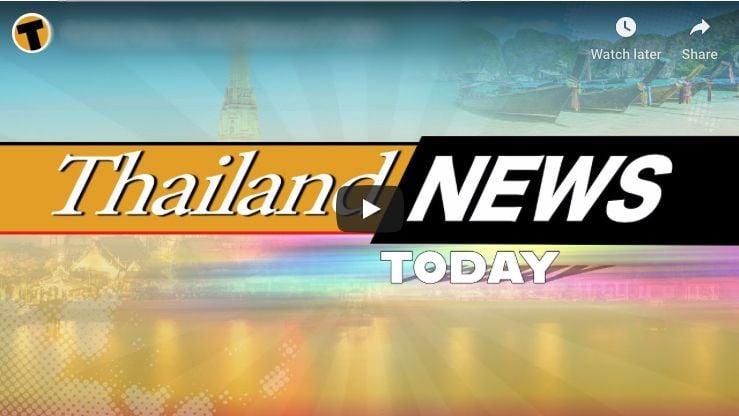 There was another gunman alert in a Bangkok mall yesterday afternoon….

Police rushed to the Central Plaza mall in Nontha Buri province, just northwest of Bangkok after reports of gunshots inside the mall around 4:20 yesterday afternoon.

There were no reports of death or injuries. A suspect was arrested and the mall is open again today.

He says he wants the armed forced to become more modern and efficient, and will cut the number of generals in half within eight years.

Speaking in parliament the PM also said it’s necessary to strengthen the armed forces through procuring modern armaments, including submarines, to put them on a par with neighbouring countries.

The impact of coronavirus is reaching beyond just airlines and hotels and now having a far-reaching effect on other parts of the Thai tourist economy, Reuben Tuck reports

A former policeman who escaped a Chiang Mai hospital after being arrested for burglary has been re-arrested.

The ex-cop was assaulted by homeowners after he attempted to rob a home last weekend, which led to rescue workers taking him to hospital. He subsequently escaped , but was found hiding in a guesthouse in the city this morning.

Police say the accused burglar is now back in custody and awaiting trial.

Students, as well as high school-aged children, have been protesting the recent dissolution of the popular Future Forward party, and the possibility of confrontation and unrest.

The PM says he “understands the good intent of the students,” but that he is “concerned that they might be misled by one-sided information and might be used as a tool as part of political agenda.”

Prayut noted he didn’t want a repeat of the “coloured political divide and eventual political unrest,” a reference to the violent “red-shirt” and “yellow-shirt” factions.

Smoke from fires, mostly deliberately lit, continue to choke sections of central and northern Thailand today. Light winds are not blowing away the smog and haze produced by the smoke, particularly in the north where Chiang Mai and Chiang Rai have readings today from ‘unhealthy’ too ‘very unhealthy’ – in a range from 170 up to 240 (particles of PM2.5 microns per cubic metre of air).