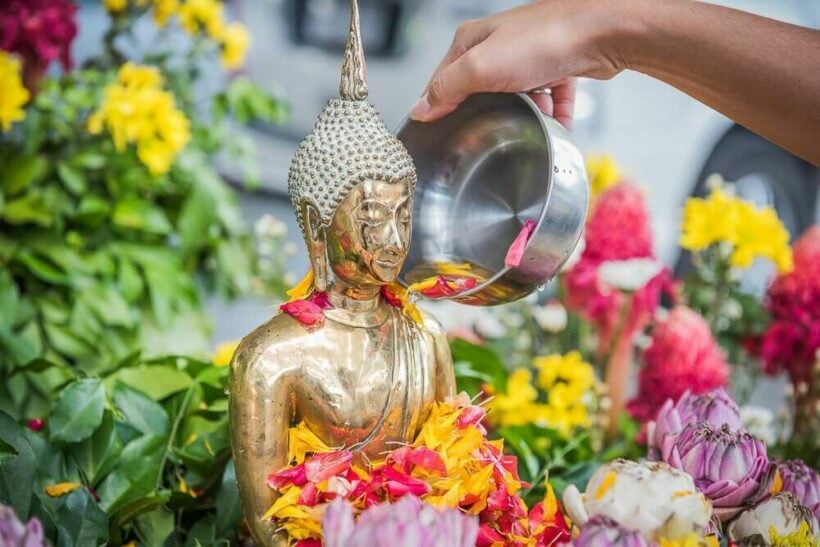 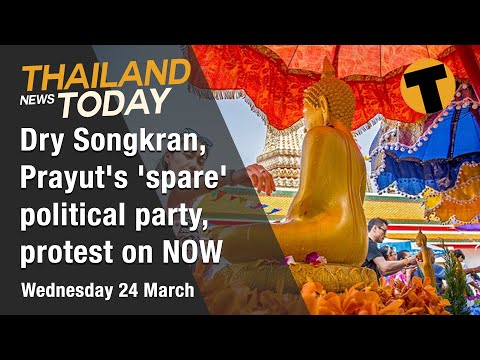 It’s going to be another dry Songkran in Bangkok. Last year the annual Thai New Year celebrations were cancelled altogether. This year it will be Songkran without much of the celebration. No water gun flights. No buckets of water poured over… well just about everybody. City officials say strict measures will be in place to prevent the spread of Covid-19 during the holiday, which was extended by the government and now stretches from April 10 to 15 to promote domestic travel.

While water splashing is banned, Songkran’s traditional activities, like religious ceremonies and paying respect to elders, is still allowed, but under strict guidelines. Larger events with more than 100 people will need to submit a plan outlining disease control measures. Events drawing in more than 300 people will need permission from the Bangkok Metropolitan Administration. Event organisers will also have to avoid catering or hosting long meals. The same situation exists in other provinces where ambitious event organisers will have to get permission from the local councils.

Thai PM Prayut Chan-o-cha is denying the formation of a “spare political party” having been registered by the ruling Palang Pracharath Party foreshadowing a snap election. He said he had no idea about a party named Ruam Thai Sang Chart having been set up.

Thai lawmakers are giving the third phase of the government’s “We Travel Together” scheme a green light to continue boosting domestic tourism. PM Prayut Chan-o-cha has approved the scheme which subsidises hotel bookings. The scheme’s third phase is set to cover an additional 2 million people while the government is adding a new domestic tourism stimulus package as well.

Thailand’s famous hot and spicy shrimp soup, or tom yum goong is being nominated for inclusion on UNESCO’s intangible cultural heritage list. Thai PBS World reports that the government has approved a proposal from the Culture Ministry that the renowned dish be put forward for inclusion.

The pro-democracy Ratsadon group has announced another anti-government protest to be held in Bangkok today. News of the rally was posted on the Facebook page of the United Front of Thammasat and Demonstration group, with organisers pledging to ensure the safety of participants. They say the protest is being held at the Ratchaprason intersection, adjacenct to Central World.

Officials in the southern province of Krabi are on the hunt for a group of motocross riders who rode their bikes through an historic cave considered a significant ancient site. It’s believed the thrill seekers were participating in some sort of race, and officials are now attempting to track down the race organisers as well as the participants. It’s believed there may be some local politicians among the organisers.

With pedigree cats valued at tens of thousands of baht up for auction by the Narcotics Control Board after being seized in a suspected drug network raid, animal rights activists in Thailand are calling on officials to suspend the auction.