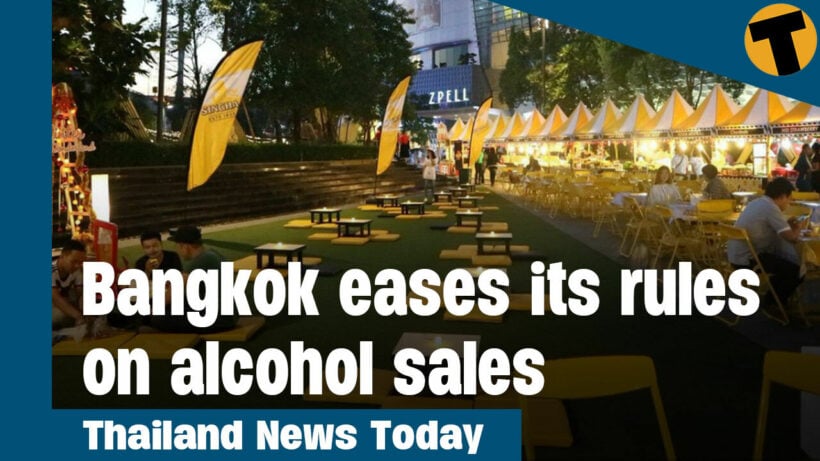 The Public Health Ministry says there’s no cause for concern after the BA2.2 Omicron sub-variant was reported in 4 Covid-19 patients in the kingdom.

According to a report, the patients are 3 Thai nationals and a foreigner. The BA2.2 sub-variant was first discovered in Hong Kong, which is battling its worst Covid wave since the start of the pandemic and currently has the world’s highest death rate, although most of the deaths are occurring in the elderly population and the unvaccinated.
Here in Thailand, Supakit Sirilak from the Department of Medical Sciences says the vast majority of infections are still the Omicron BA2 subvariant. He adds that 99.7% of over 2,000 samples sent for genomic sequencing are of the Omicron variant. Cases of the BA.2 sub-variant have increased from 52% to 68%, while BA.1 makes up 32% of infections. In a new development, 4 cases are thought to be the new BA2.2 sub-variant first reported in Hong Kong.

Supakit says the information has been sent to the Global Initiative on Sharing Avian Influenza Data, which has yet to confirm the strain as a new variant. He adds that all 4 patients had mild symptoms and they have since made a full recovery. As yet, he says there is no cause for concern.
Supakit was quoted, saying “There is no need to panic as there are no worrying signs. But we have to be vigilant and answer 3 questions – does it spread more quickly? Will it cause more deaths and can it evade our efforts to boost immunity?”

Supakit says it’s too early to say if BA2.2 is behind the increase in deaths in Hong Kong. He points out that with a huge surge in infections, it’s likely there will be more fatalities, due to the pressure on the healthcare system.

“The Omicron strain is highly transmissible, he says, so when the public health system is unable to cope with the surge, it may result in more deaths.”
The deputy director-general of the Department of Medical Services agrees. He points out that other factors need to be considered when looking at the situation in Hong Kong, such as its low vaccination rate and the fact that deaths are primarily in the unvaccinated and the elderly.

A freshman university student died during a hazing incident where he was reportedly beaten by students and forced to drink lao khao, a Thai distilled spirit. The 19 year old was punched in the stomach and face. At one point, he became unconscious. He died on the way to the hospital.

The activist group ANTI SOTUS, which is against the hazing culture at Thai universities, posted information on the freshman’s death on its Facebook page, saying the first-year student, Phassayod who goes by the nickname Prem was attacked by senior students in the Rajamangala University of Technology Isaan in Nakhon Ratchasima.

Related Posts  So you want to move to Vietnam?

Prem was punched on the stomach and face. At one point, Prem lost consciousness and a student tried to administer CPR to revive him. He was sent to Fort Suranaree Hospital which was over 20 kilometres away, but he died on the way. From an initial examination, the doctor found that Prem was infected with Covid and the virus had affected his lungs.

The officers from Muang Korat Police Station and the university have already received the report on the case.

According to a document signed yesterday by Bangkok governor Aswin Kwanmuang. The venues serving alcohol will also need to be certified through safety and health standards set by the Thai government to prevent the spread of Covid-19.

According to the document, alcohol can be served at conferences and seminars at hotels, conference venues, shopping centres, community markets, and banquet halls. The number of participants at the events is limited to no more than 1,000 people. For events with more than 1,000 attendees, organisers need to ask permission from the Bangkok Metropolitan Administration’s Health Department before holding the event.

Bars and entertainment venues are still ordered to remain closed unless they receive permission to operate as restaurants.

The governor of Bangkok has pledged to end the flooding that plagues the capital each year and says he has the tools to do it.

Aswin Kwanmuang says the construction of another 2 underground water tanks, in addition to 2 that have been completed, will be done within the next 2 years.

The Bangkok Metropolitan Administration boss says the project, which has been running since 2018, will put an end to flood misery in the capital. With 2 underground retention tanks built, work has now begun on another 2. Together, the 4 tanks will have capacity to hold the runoff from up to 100 millimetres of rain every day. The tanks will help 4 areas of the capital that are particularly prone to flooding.

An official from the Tourism Authority of Thailand’s Phuket office says most Russian and Ukrainian tourists on the southern island appear to be “coping”.

Nunthasiri says there have not been that many calls to a hotline set up specifically to help tourists stranded by cancelled flights or facing financial problems as a result of sanctions on Russia.

Russia’s invasion of Ukraine has led to global condemnation and international sanctions on Russian airlines and the suspension of payment systems and services such as Visa and Mastercard. However, according to a report, Nanthasiri says only around 15 Russian tourists have contacted the TAT’s helpline since it launched last Wednesday.

The Bangkok Post reports that the lines are manned by Russian speakers and are open from 8.30 am to 7 pm.
According to Nanthasiri, a number of Russian tourists say they’ve been in touch with their embassy and are waiting for officials to arrange repatriation flights. They have reported no payment problems, saying they have enough funds for their stay. There was no information on Ukrainian tourists.

Meanwhile, local tourism operators say they’re no longer seeing Russian tourists on Phuket beaches. Prior to the war on Ukraine, Russians accounted for up to 80% of tourists on the island’s beaches. Since the start of the war, that has plummeted to around 5%.

Elephant parks and sanctuaries relying on foreign tourists for an income and funds to feed the animals have been hit hard during the pandemic. One elephant park in Chiang Mai is now up for sale due to the drastic drop in the number of visitors over the past two years.

The owner says she’s been unable to afford the 2 million baht per month needed to care for her camp’s more than 40 elephants and pay the staff.

The owner of Mae Taeng Elephant Camp in Chiang Mai made the announcement on Sunday, which was National Elephant Day. The observance aims to raise awareness about the conservation of Thai elephants and in remembrance of the day the Royal Forest Department designated the white elephant as Thailand’s national animal. While elephant camps and sanctuaries across Thailand celebrated with fruit buffets for the animals, Mae Taeng Elephant Camp had to say goodbye to their elephants.

Wassana, who has been running the camp for 28 years, told Thai media that she has over 40 elephants and needs to spend over 2 million baht per month to care for elephants and pay the staff. She says she’s spent all of her savings and hasn’t had support from the state during the pandemic.

Wassana says she has yet to think of a set price to sell her 160,000 square metre park and dozens of elephants, but she says one qualification is that the buyer must be an elephant lover. She says the money isn’t important, but the elephants’ lives are. If she’s unable to sell the park, Wassana says she will continue taking care of the elephants and is willing to sell her assets, like her house and car, to be able to afford care for the elephants.

MrNovax
I thought bars were already allowed to open. Have a number of them operating like normal not far from my house and i ventured down to the city over the weekend to find several areas operating like normal. i wont…
francoa
I am starting to doubt quality of this website. Bars are opened till 11 for a long time. Who the hell is writing this 2.5 months old news lol