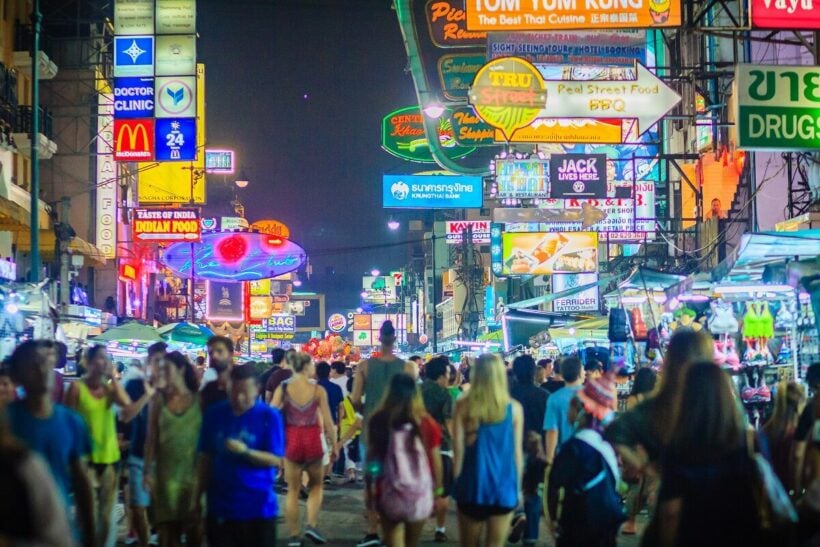 Deputy Government Spokesperson Rachada Dhnadirek says the new measure will come into effect once it is published in the Royal Gazette. But, those with “dangerous” stages of leprosy or tuberculosis, symptomatic elephantiasis, third-stage syphilis, and drug abuse-related diseases are still banned from entering. Those deemed to have chronic alcoholism are also banned from entering.

Government spokesman Anucha Burapachaisri says about five million tourists have arrived in Thailand this year. One million of those have arrived just this month alone. The government previously set a target of at least 10 million foreign tourists to Thailand for this year. It is not known whether that target will be met in the last quarter of this year.

Yesterday, Government Spokesperson Traisulee Traisornkul announced that Thailand’s Cabinet had approved the temporary extension of both visas on arrival stays and visa exemption stays. The government hopes the extensions will stimulate tourism and the economy, which is still recovering from the Covid-19 pandemic.

Between October 1, 2022 – March 31, 2023, foreign tourists arriving in Thailand are eligible to stay in the Kingdom as follows…

Visa on Arrival stays will be extended from 15 days to 30 days.

Passport holders from 19 countries are eligible for visas on arrival.

Visa Exemption stays for passport holders from 64 countries which have bilateral agreements with Thailand will be extended from 30 days to 45 days.

The Tourism Authority of Thailand (TAT) expects that the average tourist will stay in the kingdom for an extra five days thanks to the extensions.

Marc26
45 minutes ago, Thai3rdworld said: Oh the hypocrisy.  Wasn't long ago had to locked up in a hotel even if we're vaccinated and tested negative.  Now it's the opposite ..  Yeah jeez It's almost like a pandemic lessens as things…
PrettyThai4AWhiteGuy
2 hours ago, rc1 said: There will be no testing required for travellers regardless of vaccination status. As it was, pre pandemic.   Are you sure? The Ottawa Thai Embassy just emailed me today saying testing remains mandatory preflight for…

KaptainRob
2 hours ago, PrettyThai4AWhiteGuy said: Are you sure? The Ottawa Thai Embassy just emailed me today saying testing remains mandatory preflight for all unvaxxed individuals... 🤦🏻‍♂️ Embassies seem to be very slow to update information so I'd suggest asking for…

Thaidup
On 9/22/2022 at 7:59 PM, cunju1 said: What about people that are not knowingly traveling with these people? No consideration for them? Fact is, as it stands now(the last 6 months), it makes no difference.👍