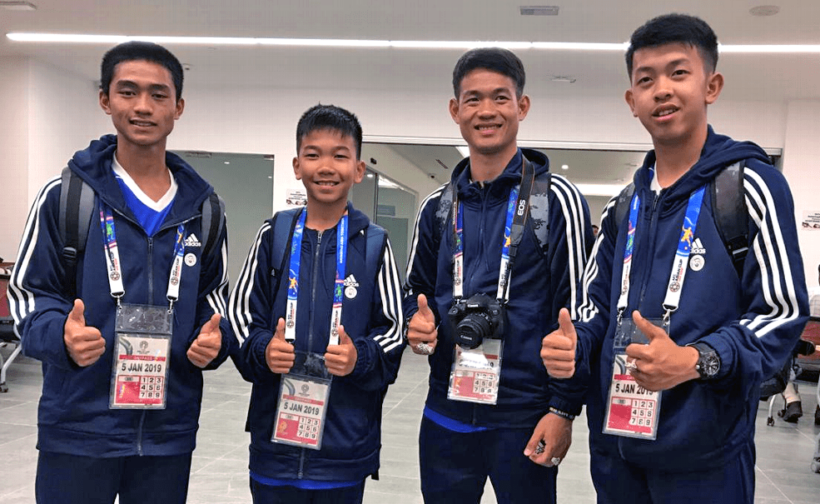 by Debayan Sen in Abu Dhabi for ESPN

Ahead of their Asian Cup opening game against India today, Thailand will have four champion footballers supporting them from the stands. Well, champions in their Chiang Rai district games anyway.

The Mu Pa (Wild Boar) football team, whose rescue from the Tham Luang caves last year captured the imagination of the world, will be at the Al Nahyan Stadium supporting their country, as special guests of the Asian Football Confederation.

Yesterday, three of them were taken on a guided tour of the stadium and spoke to the media while being shown around. Coach Eakapol spoke for his boys, describing the trip as a unique opportunity to cheer for their team.

“It’s their goal and dream to be professional footballers one day,” he said.

Titan, the shortest of the boys, is a forward and a huge Lionel Messi fan. His coach likes Messi too, as does midfielder Tee. Adul, who likes to play on the right wing, is the only one to idolise Cristiano Ronaldo. Not surprisingly, he’s also the only Juventus fan among Barcelona buffs.

Read the rest of the story from ESPN HERE.