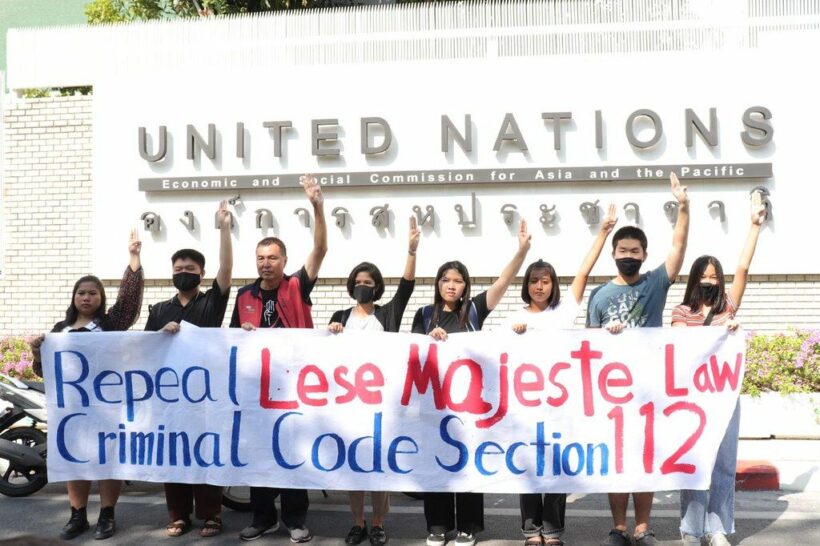 Thailand’s Foreign Ministry spokesman has played down the UN High Commissioner for Human Rights’ criticisms over the kingdom’s enforcement of the Lese Majeste law, which has seen the arrests and detentions of pro-democracy activists, including a 16 year old minor.

Tanee Sangrat, a ministry spokesman, says the law is not aimed at curbing freedom of expression for the nation’s people, nor the exercise of debate or academic freedom over the monarchy as an institution.

Tanee says the precedent of the law existing in many countries to protect the dignity of royal families is being observed under the Criminal Code in Thailand, along with libel laws for any Thai citizen.

He says that where these charges are handed down, they are done so in accordance with due process, and that many cases have received a royal pardon. In regards to the recent move to charge a 16 year old student, he says the case was denied a request for detention by the Juvenile Court and instead, the minor was granted conditional bail instead.

“Once again, it bears repeating that in the past couple of months, protesters have not been arrested solely for exercising their right to freedom of expression and peaceful assembly. Those arrested had violated other Thai laws and the majority have already been released.”

“We are deeply troubled by the move by Thai authorities to charge at least 35 protesters in recent weeks, including a 16-year old student protester, under Article 112 — the lese majeste provision of Thailand’s criminal code.”

The law is unlike others as any Thai citizen, no matter what country they reside in, and at any time, can bring a case of lese majeste against any other individual, Thai or foreign. It does not have the governing body serving as a monitor like other criminal cases do, as they are typically brought to court by government prosecutors.

Now, due to the current political instability in Thailand, it is clear that the law is being imposed upon many as a way to silence protesters. Before PM Prayut took power in the 2014 coup, the law was rarely enforced. But after the coup, and up until now, at least 98 lese majeste charges have been filed, according to Thai watchdog iLaw.

Human rights groups say many of those cases were used to persecute opponents to the military government, an allegation that the military-backed government has denied.

The Thai monarchy is protected by Section 112 of the country’s Penal Code, which says whoever defames, insults or threatens the king, the queen, the heir-apparent or the regent shall be punished with imprisonment of three to 15 years. Such a law has been present since the 1900’s when Thailand was known as Siam.

However, Prayut announced last June that the law was suspended under instructions of the new Thai sovereign.  But, the protests continued along with arrests under the law.

Poll reveals Thais took better care of their health in 2020