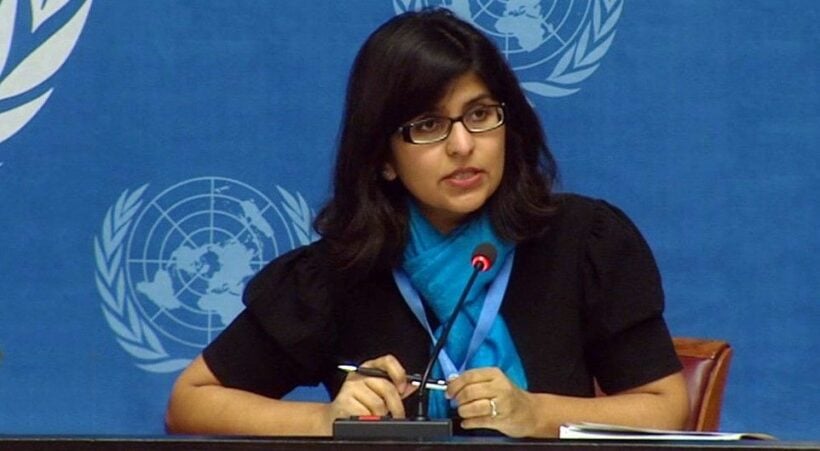 The United Nations High Commission for Human Rights has expressed shock and dismay at Thailand’s use of its strict lèse majesté law against a 16 year old pro-democracy activist. The lèse majesté law, also known as Section 112 of the Criminal Code, prohibits insulting, defaming, or criticising the Thai Monarchy, and carries a punishment of up to 15 years’ imprisonment.

OHCHR (UN High Commissioner for Human Rights) spokesperson Ravina Shamdasani has called on Thailand to refrain from using the law against those exercising their right to freedom of speech, as she expressed alarm that a minor was being charged under the law. The OHCHR has repeatedly urged Thailand to amend the law to meet the Kingdom’s obligations under the International Covenant on Civil and Political Rights.

“It is extremely disappointing that after a period of 2 years without any cases, we are suddenly witnessing a large number of cases, and – shockingly – now also against a minor. We also remain concerned that other serious criminal charges are being filed against protesters engaged in peaceful protests in recent months, including charges of sedition and offences under the Computer Crime Act. Again, such charges have been filed against a minor, among others.”

With Thailand’s political unrest showing no sign of ending any time soon, the OHCHR is calling on the government to refrain from bringing serious charges against pro-democracy activists who are gathering peacefully and expressing their opinion. It says such acts should not result in retaliation.

You can watch a video of the OHCHR statement below.