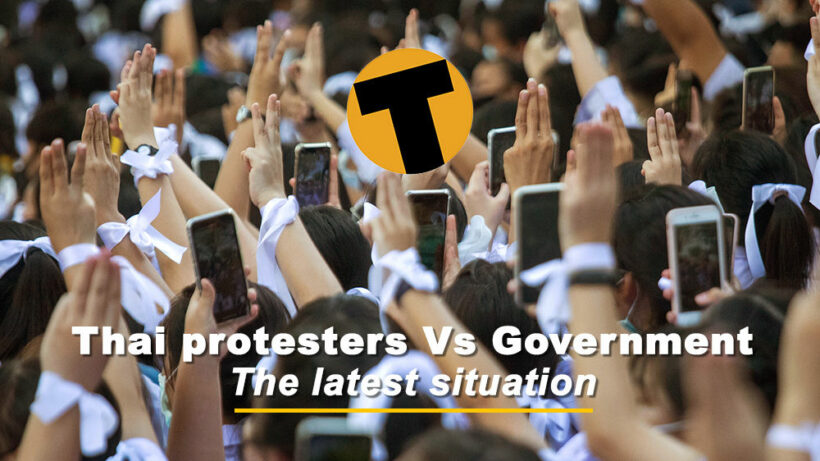 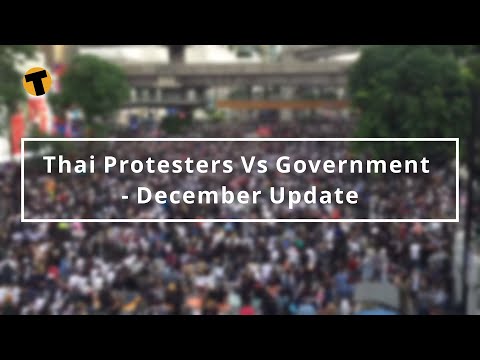 In 1932, the old Siam Kingdom went through a fundamental change when, on June 24 the King, Rama 7, woke up to find his powers as an absolute monarch stripped from him by a new democracy movement. A new constitution would limit the King’s powers, under a constitutional monarchy. In 1933 there was a military coup, the first of 12 Thailand has had to endure since.

88 years later, here we are with five months of protests under our belt. The current round of protests is different from in the past and it’s not just about political grievances. In fact these young protesters are an entirely new breed of Thai protesters. Not only young but also educated and being from a generation exposed to international media… more worldly than their predecessors.

The latest protests are also characterised by their demands to adjust the role of the Thai monarchy under the constitution – to codify the monarch’s role and limit his or her powers. This is extraordinary because it’s the first time highly sensitive matters about the royal family have been brought up in public.

The Thai monarchy has been a revered institution, mostly though the work of the late King Bhumibol Adulyadej who served the Thai people for an astonishing 70 years before his passing in 2016.

Now young Thais are openly discussing matters about their royal family, discussions which would have never aired in polite Thai society in the past. There are also numerous, and infamous, examples of un-Royal photos and videos being shared in social media.

This all forms a vivid background to the current protest movements. But are the young protestors running out of steam? Protest leaders were talking of gatherings of one million people, about forcing the government into changing the constitution and the current prime minister Prayut Chan-o-cha standing down.

But we haven’t seen a million people on the streets, probably only up to 20,000 people in a few protests. And the Thai PM has steadfastly refused to stand down.

As we stand now the dreams and demands of the young protesters remain just dreams. The government and the army have shown no indication that they will concede any ground or make any changes to accommodate their demands.

Apart from a few staged joint sessions of parliament, and a promise to set up some committees to examine some aspects of the demands, the gulf between the protesters demands and the conservative coalition government, backed by the army, remains wide. And there’s an ocean of space between the two where there is little common ground or areas for compromise.

The change to a constitutional monarchy on June 24 was a bloodless coup… there had been no public discussion or a cultural revolution to work towards the change. It just happened, directed through the power of Thailand’s elite together with the army.

And the situation has been so ever since with a sometimes uncomfortable alliance between the establishment, army and the palace becoming the norm in Thai politics. Any attempts at full democracy have been fleeting and simply led to the next army coup.

The current quasi democracy in Thailand… really an army-led Junta dressed up in a tatty constitutional overcoat… has run the country since a general election in March 2019. The current PM never even stood for election but was voted into the position by a joint sitting in parliament.

That parliament includes a 250-member senate… ALL appointed by the Army before the dissolution of the NCPO, the leadership group that led the coup in Thailand in May 2014.

The current protests, their objectives and demands are worthy and courageous but haven’t yet inspired a majority of Thais to come out on the streets with them.

Whilst polls and social media don’t show any general enthusiasm for the current PM or his shaky coalition government, the young protesters haven’t yet been able to grasp the political realities and provide a pathway towards their objectives beyond slogans and ideology. Certainly not enough to galvanise a rump of Thai voters that could threaten the status quo.

The protesters unveiled their 10 point manifesto back in July, listing their list of demands – reform and changes towards a modern democracy. But for now they may need to refine their demands and tackle one thing at a time in a country that, currently has many other things to worry about as the borders remain mostly closed and the economy tanks.