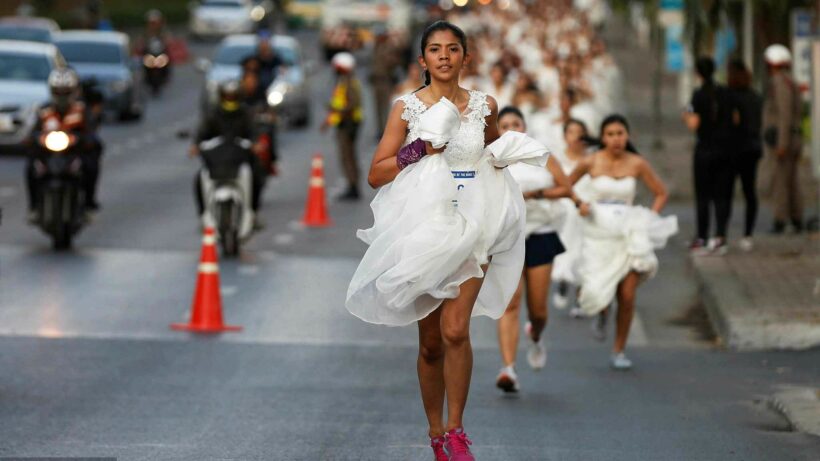 Looking for a hot date? Don’t worry, the Thai government is stepping in the matchmaking game in case you haven’t found your soulmate. The Bureau of Reproductive Health is launching a campaign this week with the hopes of boosting Thailand’s birth rate.  The bureau is hosting a singles’ meetup on May 14 with registration for the event opening up today.

Thais are not the only ones eligible for the dating event, as foreigners are allowed to join in on the fun, which has been named the Marriage for Building Nation. But despite the yearly campaigns aimed at increasing the birth rate in the nation, the numbers of new citizens continue to fall. And, surely, with the Covid-19 pandemic placing strains on households, the financial aspect of having a child may prove too much of a burden as Papawee Thairak, a researcher at the Bureau has alluded towards.

“Whether or not people have children depends on many factors, including self care. For the people interested in having children, we want them to be prepared.”

Suwannachai Wattanayingcharoenchai, director-general of the Department of Health says last year only saw 600,000 new births, a record low for the country, with a likelihood of births decreasing even more this year.

“We need to have 1.5 births per woman to replace the population, or else in the future there will be a large aging population that will put its strain on the government.”

Sathit cited trends toward higher education, more people staying single, people marrying later, and uncertainty over providing for children as the main reasons for Thais holding off on having children.

But nonetheless, the campaign is moving forward by offering the meetup and vouchers for prenatal care in a not so veiled attempt at wanting participants to get down with each other. But only those who aren’t looking to hook up and have actually been together for over 1 year can take advantage of the voucher if they plan to have their first child.

“We want people who are interested in having children to have access to get medical care. We also want singles to meet as well.”

Whether or not the event will produce more offspring, an employee says there have been so many applicants that the system has crashed. Registration will go until March 31, but the website is only in the Thai language.

The organisers say if you are a foreigner, to fill in your passport number in leiu of a citizen identification number.