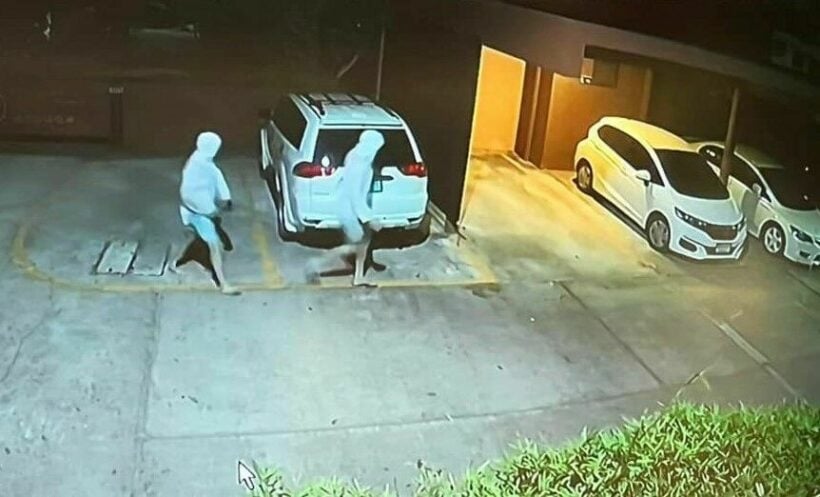 A suspect in the Jimi Sandu murder case was arrested in Canada and a request for his return to Thailand has been submitted. Matthew Dupre, from Canada, was allegedly one of two hitmen who fired multiple shots at Sandu outside a villa in Phuket. Sandu, who was born in India, was a notorious gangster in Canada and had entered Thailand by private jet with a fake passport.

Matthew Dupre was arrested in Edmonton, Alberta on February 20, according to the deputy spokesperson of Thailand’s Office of the Attorney General.

The Alberta Court have him detained depending on the results of the court’s ruling on Thailand’s extradition hearing. The Office of the Attorney General was working hard to bring him to Thailand so he can stand trial.

Thai authorities have filed multiple charges against Matthew Dupre and his alleged partner, Gene Karl Lahrkamp, including the murder of Jimi “Slice” Sandhu in the parking area of his leased beachfront property in Phuket around 10:30pm on February 4.

Security camera recordings in and near the crime area helped identify the two, and they were named in several media stories.

Dupre left Phuket for Canada on February 6, according to reports, and an arrest warrant was issued for him a few days later, on February 11.

Four days later, the Royal Thai Police Office notified the OAG to request his return, and the Alberta Court issued an arrest order for him on February 17, resulting in his arrest.

Fanta
Canada doesn’t have the death penalty so they won’t extradite the alleged hit man unless Thailand commits to not sentencing the guy to death.

Guest1
2 hours ago, Fanta said: Canada doesn’t have the death penalty so they won’t extradite the alleged hit man unless Thailand commits to not sentencing the guy to death. But he just has to admit, that he did it, so…
HiuMak
15 hours ago, kalyan said: Fantastic follow up, really Thailand Police is exceeding the expecation of " scotland yard", very good. this is a real good example of speedy follow up . Brown brothers very effective internationally. Good bilateral ties.…
Perros
9 hours ago, Guest1 said: Does the public know already, how the "gangster", hashtag murderer, got the guns from the influential persons? Who are this persons and are they getting their guns back? I read something a few weeks ago…

Guest1
7 minutes ago, Perros said: I read something a few weeks ago that these guns were tied to the local boys in brown. I can't recall if they were active duty or retired. That would explain the silence , methinks