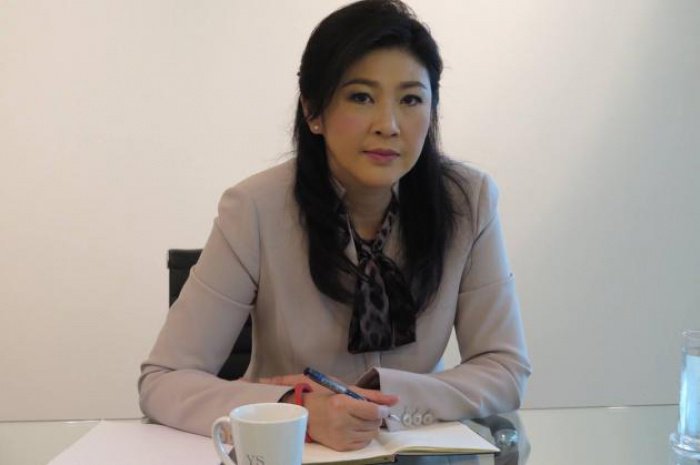 PHUKET: The Supreme Court’s Criminal Division for Political Office Holders yesterday ordered former prime minister Yingluck Shinawatra to stand trial on May 19 on charges of alleged negligence in failing to stop corruption and mismanagement of the rice-pledging scheme that inflicted a loss of 600 billion baht on the national coffers and the rice trade.

Supreme Court Vice President Veerapol Tangsuwan, who was selected by nine judges as presiding judge, said the case was within the court’s authority and it was filed correctly in accordance with the court procedure, therefore the court has accepted the case for hearing.

Surasak Trirattrakul, the deputy chief prosecutor in charge of the case, said 13 prosecution witnesses would testify, including National Anti Corruption Commission officials and concerned state agencies. Evidence such as documents and CDs would be provided to the court.

He said a copy of the writ and the court summons would be delivered to Ms Yingluck within seven days informing her to appear for trial at 9.30am on May 19.

Prosecutors can oppose temporary release of the defendant if they suspect she may flee or tamper with witnesses. There had been no reports of witness intimidation, he added.

Asked if Ms Yingluck can seek permission to leave the country, Prime Minister Gen Prayut Chan-o-cha told reporters to ask the court, as the case has to conform to justice procedures.

PM Prayut was in a good mood yesterday, plucking a flower from a pot on the steps of Government House and putting it into his pocket while making a metaphorical statement, “Discard withering flowers, they are old, do not pay attention.’

A source close to Ms Yingluck said her brother and former premier Thaksin Shinawatra had telephoned her to provide moral support in fighting the case. He said the National Council for Peace and Order wanted Ms Yingluck to be convicted to prevent her from playing a political role for the rest of her life.

Mr Thaksin told Ms Yingluck it would take many years to fight a civil suit and that it would be another 45 days before the first hearing.

The Prayut government is also considering proceeding with another lawsuit against Ms Yingluck seeking 600bn baht in damages for losses inflicted on the country by her government’s rice-pledging scheme.

Ms Yingluck posted messages on her personal Facebook page after the court accepted the case, saying the case would have a significant impact on the country’s economic and political systems, including farmers and people nationwide. The case will set the norm for future governments in drawing up policies to help people.

She insisted that the rice-pledging scheme case was an economic policy that people trusted her to carry out by democratic means. She said she had presented the policy to the people, leading to public consensus to create a fair market mechanism that would help upgrade the quality of life of farmers, who were not able to influence the price of their produce in the market.

The price mechanism was in the hands of rice buyers, she added. She said she wanted to help farmers so that they were not exploited by traders.

Ms Yingluck said she was not given justice during investigation procedures because of political interference in the case. The National Anti-Corruption Commission had stated that there was no evidence to show she was corrupt, colluded with or allowed corruption. Prosecutors had not completed their investigation but had rushed to indict her despite the Attorney-General pointing out holes in the case.

She said she hoped she would be given a fair trial and opportunities to present evidence to show her innocence in the court. She called on critics to stop making comments that would interfere with or influence the court’s decision and affect the fairness of the trial.

Ms Yingluck’s lawyer, Norawit Lalang, said his legal team had yet to choose the defence witnesses as they had yet to receive the writ. At the first hearing, they would prepare assets as required by the court to seek Ms Yingluck’s temporary release.