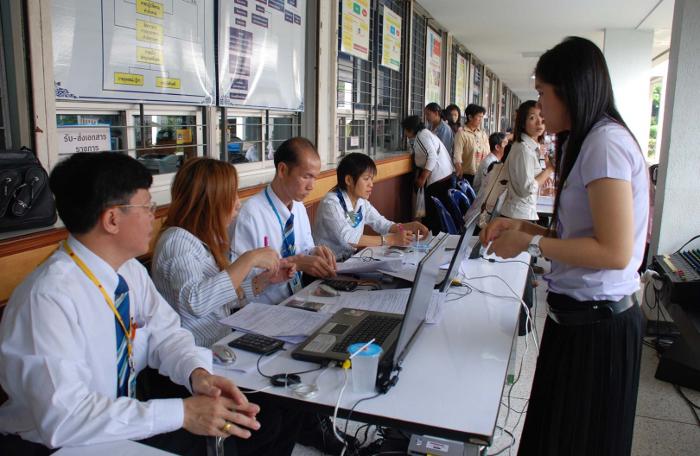 BANGKOK: This year, some 2 million overdue student-loan debtors will face deductions from their salaries to pay off outstanding debt, as the new Student Loan Bill comes into effect, the Student Loan Office disclosed on Tuesday.

Loan Office Manager Thitima Wichairat, said that after receiving Cabinet approval, the bill must still be approved by the Council of State and the National Legislative Assembly before it becomes effective. She said this procedure was due to be completed within the year.

All student-loan debtors will have to repay their debt directly through salary deduction. The Student Loan Office will be allowed to access the debtors’ information.

Ms Thitima assured that the new debt repayment scheme would not impose much financial burden on debtors, as the debt can be paid within a 15-year period. Debtors will have to pay only 1.5 per cent of their debt in the first year.

“We allow long-term debt repayment to all our debtors, so the deduction from their salaries will be in small affordable amounts. The repayment percentage will gradually increase every year, as the debtors get their annual pay raises,” she said.

“Therefore, it will not cause financial burden to the debtors, as many people worry. Also, it should be noted that study loan is not a free scholarship, so it has to be repaid.”

The Student Loan Office revealed that overall, overdue debt was as high as 56 billion baht. This year, the office intends to loan money to 670,000 students from a budget of 27bn baht.

Ms Thitima said that the new debt repayment scheme had already been implemented and many organizations had joined the scheme voluntarily – such as the Comptroller-General’s Department and Naresuan University.

“We will give benefits to debtors in the organizations which join in the new scheme by this September, by exempting fines for overdue debt and reducing the debt by one per cent,” she said.

On the new debt repayment mechanism, she explained that after the Student Loan Act is effective, business owners would collect the repayments along with the students’ income tax, and pay in the amounts through the Revenue Department.

However, during this trial period, when the new bill is still under consideration, she said repayments would be made directly to the Student Loan Office.