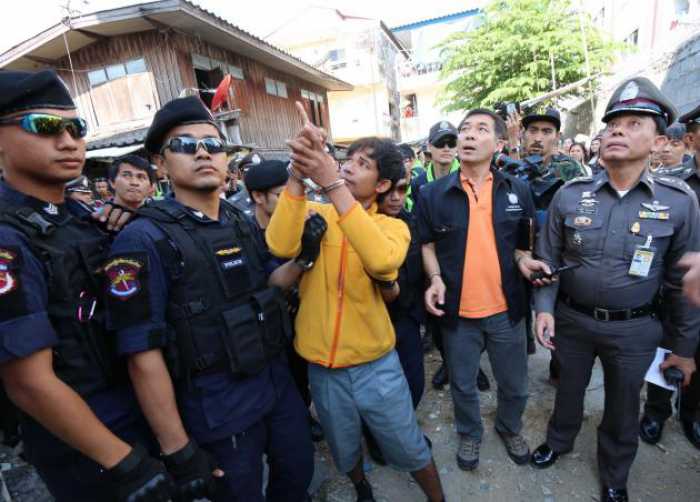 PHUKET: Bang Na police in Bangkok have arrested a grilled-squid vendor for allegedly killing his girlfriend and dismembering her body.

The victim has been identified as Somyos Manassakorn, 43, whose relatives filed a missing person complaint with Bang Na police a few days ago.

Her body was found discarded a day later near a petrol station in Samut Prakan.

Suspect Thanee Phorkaew, 28, has been charged with murder and hiding or defiling a dead body, after making a confession.

Mr Thanee said he was angry with his girlfriend of two years after learning that she was planning to leave him for another man.

He said he kicked her unconscious in their Bang Na apartment and dismembered the body when he returned to find her dead.

He said he mutilated the body at the apartment off Sukhumvit Soi 70/5.

Police found bloodstains in the toilet and a bloodstained knife, and determined through DNA verification that it was the victim’s blood.

Police said there were no immediate details about Mr Thanee having a mental illness, but he served prison time twice – a year and a half on both occasions for thievery.

Fishermen rescued off Trang as boat capsizes in heavy seas