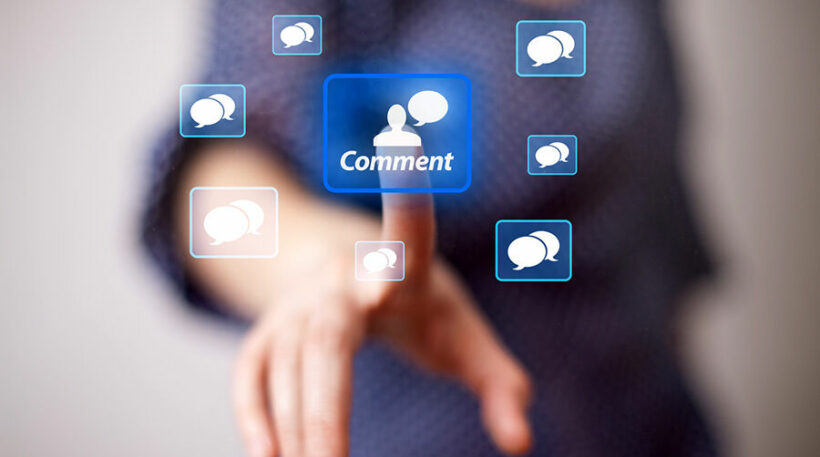 The news business has changed. A LOT. One of the big changes the more traditional news platforms are struggling with is the two-way conversation between news publishers and their readers/viewers. Not only do customers now have the ability to engage with the publishers, they frequently do so. We think that’s great. But with this engagement there is also a commensurate responsibility for people leaving comments. As the publisher is bound by certain responsibilities and legal guidelines, so too are the people joining in the conversation.

At The Thaiger we want the comments section to be a useful and engaging platform for debate and discussion. We understand that some people can end up using the space as their own personal platform. We will discourage this where commenters overwhelm the space. Instead, we will encourage as many people to get involved to share their opinion and commentary.

Whilst providing a few common-sense guidelines, we still encourage active and robust debate on important topics.

• Argue, disagree or debate with other commenters, but don’t attack them personally. That includes The Thaiger and our staff.

• Don’t include links in your comments. You can, instead, quote other sources and copy/paste some text if you wish.

• Don’t defame the Thai Royal family or Thai officials directly by name under any circumstances.

• Be careful when posting anything that could be construed as libel against brands, companies or people. You will leave yourself open to litigation as well as The Thaiger.

• When posting alternate facts to those which are published, please provide a source of your information.

• From time to time The Thaiger will edit or delete comments as part of our responsibilities as a publisher in Thailand. Continued abuse of our comments section will end up with the user being blocked.