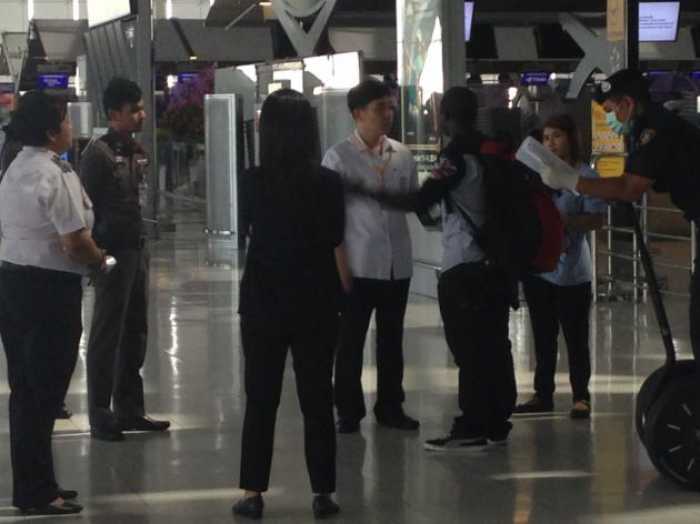 PHUKET: Immigration authorities met the Sierra Leone man they have been hunting just as he was about to board a flight at Suvarnabhumi Airport.

As of press time, Samuel Sesay, 31, was with officials at the airport’s disease-control checkpoint pending departure.

Checks showed that Sesay, who arrived in Thailand on November 13 from Ebola-hit Sierra Leone, had no fever and was healthy. He was fined 2,000 baht for failing to report to health officials as required.

In related news, the Public Health Ministry and 13 related agencies and organizations held an Ebola-related drill at Chon Buri’s U-Tapao Naval Base yesterday. The drill ran under a scenario that an aircraft with 150 passengers was found to have three people suspected to have Ebola and covered an emergency landing, personnel preparation, screening of patients and quarantine facilities.