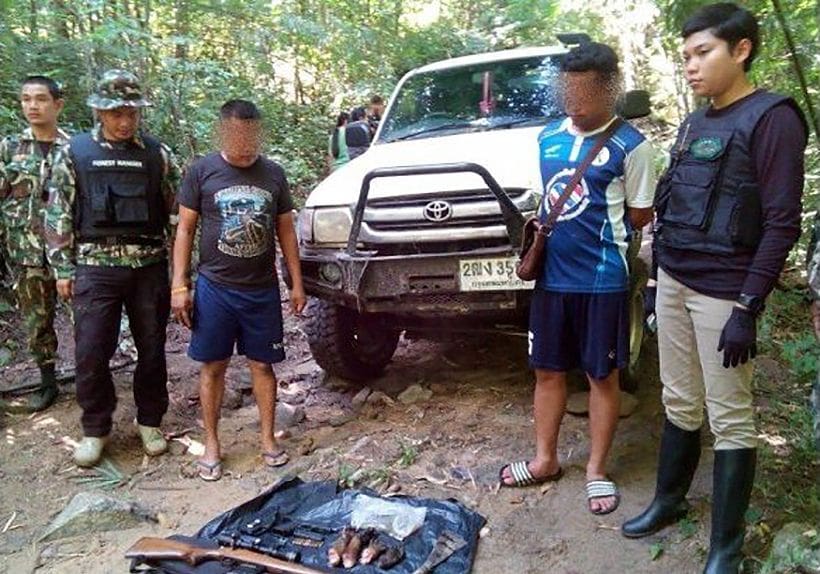 A group, including a deputy district chief, who allegedly camped out overnight and shot a ‘binturong‘ at the Sai Yok National Park in Kanchaburi province over the weekend, has been arrested.

An informed source said park officials checked the group after finding that they had entered the park on Saturday and did not come out on the same day.

The park does not allow overnight camping.

The group allegedly used six off-load vehicles and one of them was found to have contained a rifle with a silencer, two other guns, ammunition, and a binturong carcass, according to the source.

“We arrested the group and called for reinforcements as the man, who claims to be the deputy district chief of Dan Makham Tia, tried to resist arrest,” the park’s chief, Panatchakorn Phothibandhit, said on Sunday.

Premchai faces several charges after being found at the Thung Yai Naresuan wildlife sanctuary with carcasses of a Kalij pheasant, a barking deer, and a black leopard nearby.