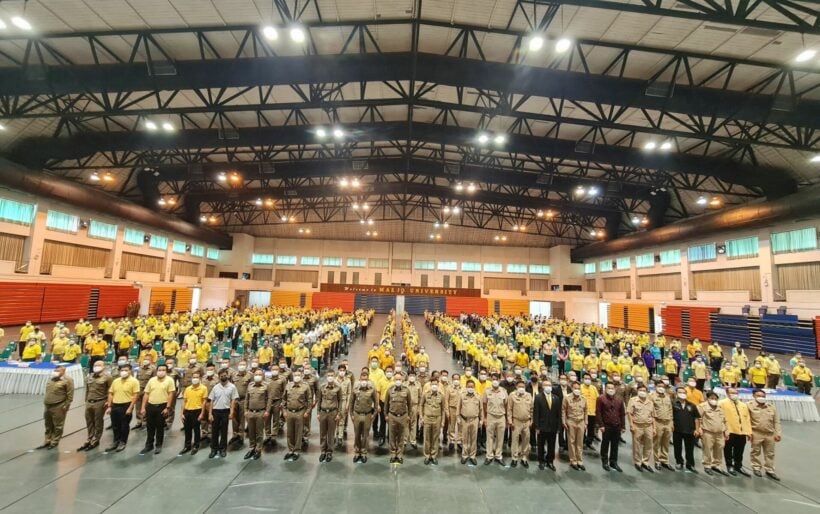 The Royal Thai Police have announced that they have successfully solved 631 crime cases and other ‘issues’ for residents this year. 147 more cases are still waiting to be solved or ‘fixed’. Some of the outstanding cases would be transferred to the relevant departments as they were beyond the police’s abilities and responsibilities.

Yesterday, the Assistant Commission General, Prachuap Wongsook, whilst announcing the police report card, reported that the Royal Thai Police had launched a project to prevent crimes in each district and invited residents to take part by reporting information or monitoring situations in their communities.

He reported that his officers had solved 631 cases, including 469 social issues (drugs, human trafficking and traffic problems), 22 economic and financial problems (household debt and unemployment), 105 environmental problems (lack of water, air pollution and air quality), and social conflicts like a conflict over property, agricultural land and boundaries.

Out of the 147 outstanding cases, Prachuap said they couldn’t help solving the lower price of agricultural products like rice, pineapples and other fruits.

“The problems would be handed to the relevant state department for further operation.”

Prachuap also encouraged the police to visit communities and talk to the residents more and more to “hear their problems”. He insisted that every crime and problem “would be solved as soon as possible”.

harry1
must be the hub of crime busting,impressive statistic
HolyCowCm
Yes but no one in school fails here even if you do fail you still get 50%. I wonder if they take away all the CCTV then what would they have? Or take away the scapegoat who gets caught and…
HiuMak
found lost cat, found lost dog, ....600 cases
Mazz11
Am I wrong or does this number seem low for a country with a population the size of Thailand.