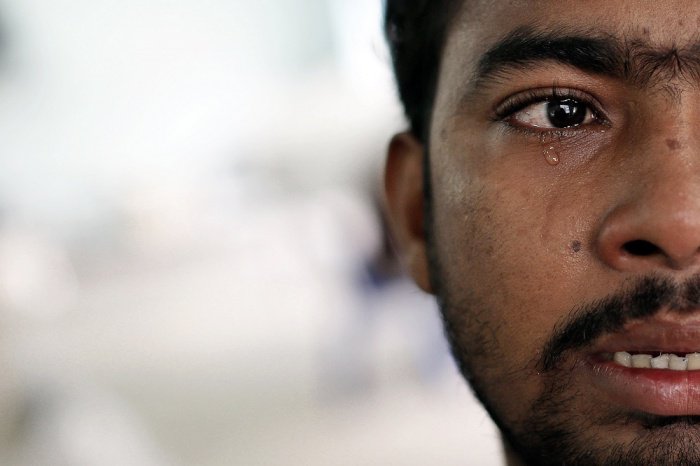 PHUKET: One woman was found dead in the back of one of five vehicles being used to traffick 98 Rohingya through Phang Nga, north of Phuket, and were intercepted by police in Nakhon Sri Thammarat yesterday.

Dozens of children – 42 boys and girls under the age of 14 – were also among the suspected trafficking victims from Myanmar, police said today as more checkpoints were set up in the region to combat the trade.

Two Thai drivers suspected of trafficking the Rohingya, a mostly stateless Muslim minority from western Myanmar, were being interrogated, said Capt Somporn Thongcheen, a deputy inspector for Hua Sai district, where the group was found.

The officers who intercepted the five vehicles, including three pick-up trucks, at a checkpoint in Hua Sai district discovered dozens of “very thin and tired men, women and children”.

“This is our first discovery of a group of Rohingya that suggests that smuggling in this region might have increased in recent years,” said Capt Somporn.

The refugees were being held in a government shelter in Hua Sai. If police follow the usual routine, they will be sent back to Myanmar or could languish in a shelter for months before the government decides what to do with them.

Thailand is ranked one of the world’s worst centers of human trafficking. It was downgraded to the lowest “Tier 3” status last June on the US State Department’s annual Trafficking in Persons Report for not fully complying with minimum standards for its elimination.

Last week, Prime Minister Gen Prayut Chan-o-cha said his government would step up measures against human trafficking as the country scrambles to improve its record.

A Reuters special report (story here) suggested trafficking routes in Thailand were thriving, with some Rohingya held for ransom by trafficking gangs at jungle camps near the border with Malaysia until relatives pay – usually several thousands dollars – for their release.

Interrogation of the two Thai drivers suggested the trucks were heading for Songkhla, near the Thai-Malaysian border, Capt Somporn said.

Tens of thousands of Rohingya have fled Myanmar since 2012, when violent clashes with ethnic Rakhine Buddhists killed hundreds and made about 140,000 homeless.

“The scale of the smuggling problem in this region is big,” said Mr Manit. “These road checkpoints are one way of intercepting smugglers.”

Rows over energy issues heat up