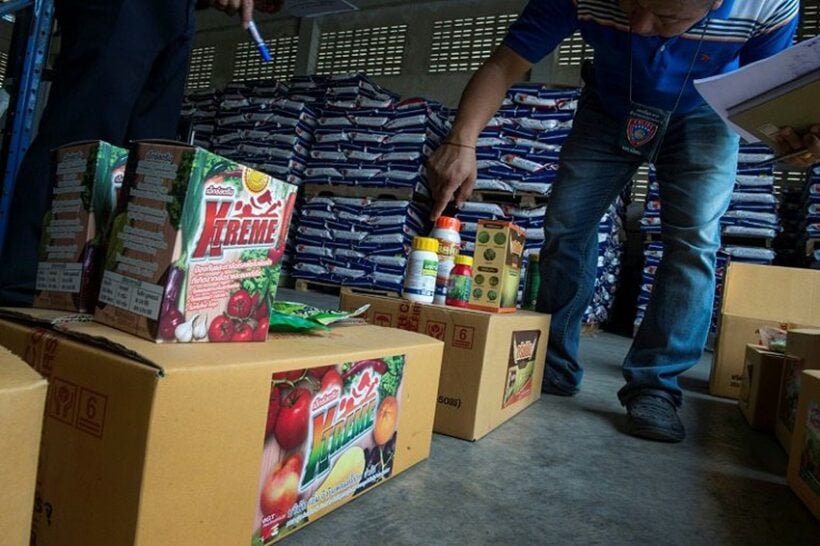 Despite years of completely conflicting evidence, on both sides, and even the World Health Organisation coming up with its wobbly ‘probably carcinogenic’ finding, glysophate (RoundUp), and two other herbicides and pesticides used in Thailand, are coming under renewed fire.

Thai activists are planning to launch lawsuits against local policymakers for their failure to ban three key agri-chemicals in Thailand, following victories in two separate cases in the US against the major agriculture conglomerate Monsanto.

Consumer protection organisations and the committee for healthcare system reform yesterday disclosed their decisions to sue the Hazardous Substance Committee and other related agencies for allowing the use of three harmful chemicals – paraquat, glyphosate and chlorpyrifos – by citing the successful examples of similar lawsuits in the US as role models.

Prokchol Ousap, coordinator of the Thailand Pesticide Alert Network (Thai-PAN), said that after the court victories in the US, Thai consumer protection activists were considering whether to replicate these successes in the Kingdom by suing those responsible for the continued allowance of the use of hazardous herbicides and pesticides.

Prokchol revealed that the activists’ main target was the Hazardous Substance Committee. On May 23 a majority of its members voted to restrict rather than ban the use of paraquat, glyphosate and chlorpyrifos based on the claim that their impacts on health remained debatable.

“We are still discussing which charges can be used and should be selected for this lawsuit to campaign for the goal of banning three widely used herbicides and pesticides and making sure that our food is safe from these harmful agrochemicals by adapting the strategies used in the successful cases in the US,” she explained.

Prokchol insisted that despite not knowing whether their legal fight in Thailand would be as fruitful as the cases in the US, they were sure that regardless of the final result, the litigation against the major players who allowed the use of dangerous farm chemicals would let society see how strong the Thai legal system is on the task of protecting consumers’ interests.

Last week, a US Federal Appeals Court ordered the Environmental Protection Agency to ban the use of chlorpyrifos, a widely used pesticide, within 60 days as it was clear that it was harmful to both the environment and public health.

Also, San Francisco’s Superior Court on Friday ruled that Monsanto must pay US$289 million (9.65 billion baht) in damages to a school groundskeeper, Dewayne Johnson, as the conglomerate’s herbicide product Roundup had caused him to be stricken with cancer.

“The decision of the Hazardous Substance Committee not to ban paraquat, glyphosate and chlorpyrifos in Thailand is a clear defiance against the previous resolution of three ministries: the Public Health Ministry, the Agriculture and Cooperatives Ministry, and the Industry Ministry,” he said.

As a member of the healthcare system reform committee, Thiravat said he would today discuss the issue with Public Health Minister Dr Piyasakol Sakolsatayadorn. 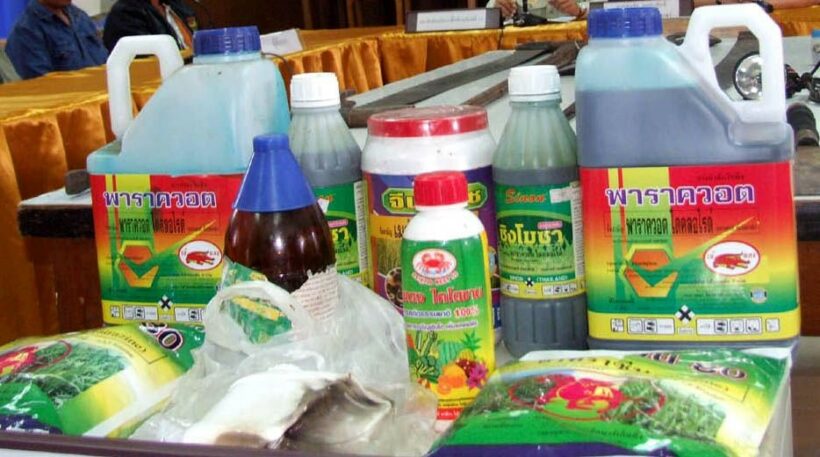 Monsanto says RoundUp is safe. A Californian jury disagreed with them.