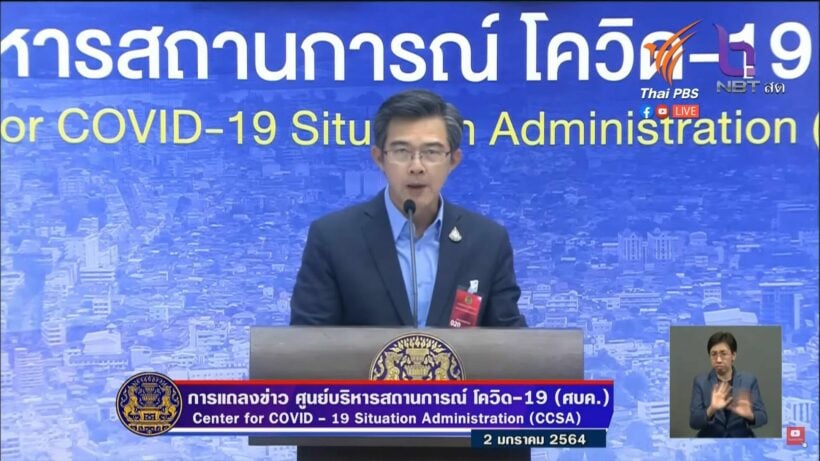 The 28 “red zone” provinces in Thailand, which are deemed high-risk for the spread of Covid-19, may see a potential tightening of measures after the country has experienced a spike in cases. The clamping down on these provinces also falls in line with the temporary closures of 25 types of businesses in Bangkok, in a further effort to curb the virus’ spread.

The measures are set to be proposed to PM Prayut tomorrow, and, if approved, will go into effect immediately with a proposed end date of February 1.

Bangkok is one of the 28 provinces declared as a “red zone” by the Centre for Covid-19 Situation Administration. Other provinces include Lop Buri, Saraburi, Ayutthaya, Nonthaburi, and Pathum Thani.

Such business closures are centred around entertainment venues such as bars, pubs, water and amusement parks, playgrounds, floating markets and flea markets. Convenience stores, eateries, restaurants and food stalls also may not allow alcohol consumption under the new orders.

Barber shops, hairdressers or salons must also now limit their services to each customer at a maximum treatment time of up to 2 hours, while potential customers are not allowed to wait in their shops.

The Bangkok Metropolitan Authority has also closed schools under its oversight for 2 weeks and is implementing 14 checkpoints on inbound roads to screen people who are returning from holidays.

The roads are connected to other provinces, which see a lot of traffic coming from Chaeng Wattana, Bang Na-Trat, Suwinthawong, and Vibhavadi Rangsit.

According to Dr. Taweesilp, the spokesman for the CCSA… “if the tightening of measures is approved, it will be rolled out on a 2 tier system, whereas if the 1st tier fails, then the 2nd tier will come into effect”.

The 1st tier also inclues travel restrictions for people coming from red zones, urgent active case finding and disease investigation. In the 2nd tier, restrictions on operating hours will be expanded to more types of businesses with some even being closed. Gatherings of people will be prohibited as well as a curfew being imposed.

The CCSA reported 216 new cases with 1 more death yesterday, bringing the total to 7,379 cases and 64 fatalities. 214 of those newly reported cases were local infections.