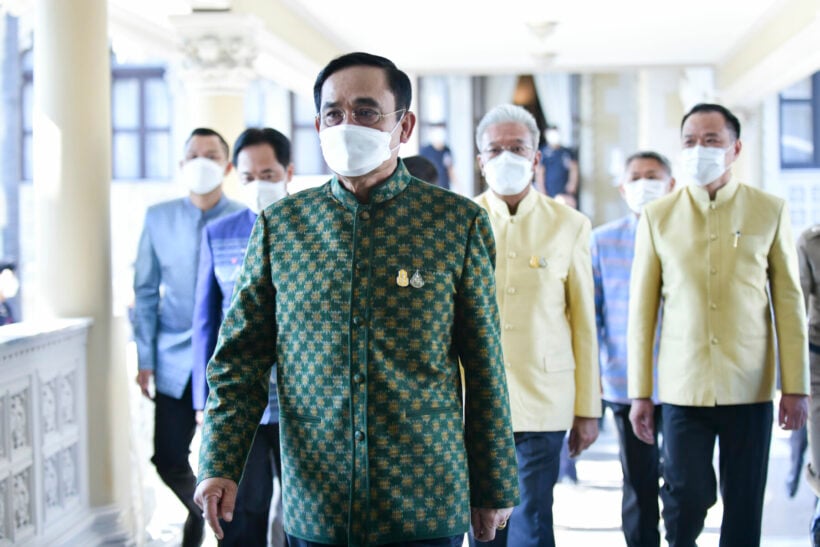 As Thai politicians mull over changes to propose to the country’s constitution, PM Prayut Chan-o-cha announced that any amendments lawmakers are seeking to make, the institution of the Royal Family must be left untouched, according to the Bangkok Post.

Bangkok Post reporters spoke with a source who attended a mobile cabinet meeting in Krabi, which was chaired by the prime minister. When it comes to proposed amendments to the Thai constitution, a source told the Post that Prayut “The country, the religion and the monarchy must remain. MPs must not act in a way that affects the royal institution.”

Lawmakers will be discussing whether or not to accept a series of amendments put forth by the pro-democracy movement. Referred to as a “people’s constitution,” these amendments mostly have to do with revising government powers, and by extension touch on issues like freedom of speech and the position of the Thai Monarchy.

The member of the coalition Chartthaipattana Party indicated that a number of MP’s in the party will vote to reject the amendments, citing the August 2016 referendum that officially endorsed the current constitution. The source added that when this minister was asked about the anger and civil unrest that this might cause, he said that the wishes of 16 million Thais who voted at the referendum to support the original constitution must be respected.

The “people’s constitution” currently has support from over 135,000 voters. The Post describes how the primary changes that this bill would make to the current constitution include abolishing the Senate and giving more power to opposition members of parliament to act as a check on the ruling government. To pass, this bill will need support from a third of the senate, which is 84 senators, and 20% of the opposition members of parliament, or 43 MP’s.