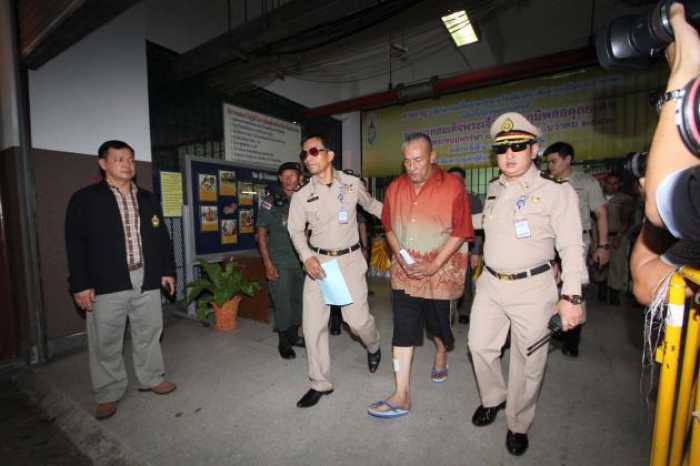 PHUKET: Former Central Investigation Bureau commissioner Pol Lt Gen Pongpat Chayaphan and five officers accused of racketeering and intimidation are to be dishonourably discharged after being found guilty of severe malfeasance by an internal investigation committee.

Meanwhile, the Royal Gazette confirmed yesterday that Nuttapon Suwadi, one of many suspected of being involved in Gen Pongpat’s racket, had been stripped off his Army rank of captain, along with a number of royal decorations. Certain news reports earlier cited his rank as acting major. Nuttapon’s royally granted surname of Akkarapreechapong has also been revoked and replaced by Suwadi.

Arrest warrants have been issued for three suspects, including two police, in connection with an online gambling organisation allegedly run by an Indian businessman with ties to Pongpat.