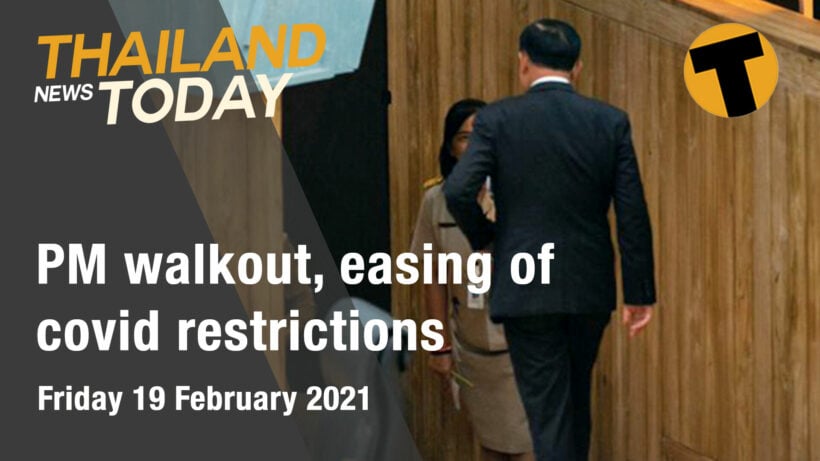 Officers raided the man’s condominium in the Bang Phli district and seized 9 assault rifles and 12,000 rounds of ammunition as well as numerous gun accessories and 2 grenades. Police say they also found 5 grams of methamphetamine and related drug paraphernalia.

A 37 year old was arrested at the condominium and taken to the local police station for further questioning.

Got some Bitcoin? Soon you may able to spend it in Thailand. The country’s tourism officials want to draw in cryptocurrency holders and plan to first target tourists from Japan, the one of the world’s top holders of Bitcoin.

The TAT’s latest cunning plan is to draw in more high spending tourists. With the lack of foreign tourists due to the border closures, tourism officials have been discussing numerous ways to draw in visitors and boost the economy. They’ve been focusing on wealthy tourists, even launching “villa quarantine” and “golf quarantine” to help entice high spenders to visit Thailand. So far the grand plans haven’t put much pressure on Thailand’s beleaguered tourism infrastructure.

The TAT have discussed the idea of attracting cryptocurrency holders with the Thailand and Japan Technology Promotion Association and has now started a feasibility study on using the cryptocurrency at tourism destinations.

Locally, tourism officials still need to discuss the idea with the Bank of Thailand and measures need to be in place to prevent money laundering. TAT also plans to talk with businesses in the tourism industry to prepare for the potential use of cryptocurrency.

Thai PM Prayut Chan-o-cha has walked out of a parliamentary debate in an apparent huff that MPs were laughing at him instead of listening to him. Thai PBS World reports that the incident happened in parliament yesterday afternoon, while the PM was explaining the southern economic zone project as part of the censure debate. Accusing some of those present of not paying enough attention, he ended his speech abruptly and walked out.

He finished by saying… “I think I will stop here because no one is listening, but laughing. That is enough, thank you.”

The PM entered the debate after an accusation from an opposition MP who accused the Deputy Interior Minister of an abuse of power. He was accused of displacing villagers in the southern province of Songkhla by forcing them to sell their land to make way for developments in the southern economic zone project. He says this was done to further the Minister’s own interests and those in his immediate circle.

The PM then took to the floor to defend the project, pointing out that issues in the south of the country are complicated and saying the government is working to solve them and bring prosperity to the region. He has refuted the suggestion that no progress has been made on the project.

The government’s Covid-19 task force is set to meet this Sunday to discuss the easing of restrictions in Bangkok, a move which may include allowing alcohol in restaurants and re-opening boxing stadiums. The CCSA will review current restrictions and if any are lifted, that is expected to take effect immediately or early next week.

The move follows a general decline in new infections over the last week. However, they have not specifically mentioned if the easing of restrictions will apply to bars or other nightlife. Breweries and bar owners have expressed frustration with the ongoing closure, protesting outside the Health Ministry earlier this month. Since January, bars have been closed in the capital, and there is a ban on the sale of alcohol in restaurants, following the cluster that broke out in Samut Sakhon, Rayong and Bangkok since December 20 last year.

The CCSA is also expected to discuss additional quarantine options for foreign arrivals, with an eye on international events such as the Jet Ski World Cup and Jet Ski Pro Tour, which Thailand hopes to host this year.

Up to 20,000 officers will be on duty for planned anti-government protests taking place outside parliament today and at other significant locations in Bangkok over the weekend. Tomorrow, MPs will vote in a no-confidence motion against PM Prayut Chan-o-cha and 9 members of his administration. The “Mob Fest” Facebook page has been carrying messages of where protests are being held and urging people against using violence.

The United Front of Thammasat and Demonstration, a division of the pro-democracy Ratsadon group, says that a rally will also be held tomorrow. As per usual the locations and exact timing are held back to the last minute, throwing police into confusion.

Meanwhile, human rights lawyer Anon Nampa is also calling on activists not to resort to violence against the authorities. Currently in custody and charged with various offences including lèse majesté, Anon has also been named as Time Magazine’s “100 Next” emerging leaders.

The Metropolitan Police Bureau has confirmed that 12 companies of 1,800 officers will monitor protests at the weekend, and another 69 companies of 10,350 officers from 9 provincial police regions are being drafted in to support the local constabulary.

The Thaiger also has a special report about the resumption of protests after a few months of going quiet. You can catch that, along with heaps of new content, at The Thaiger YouTube channel.

Transgender inmates to get more medical help in Thailand’s jails