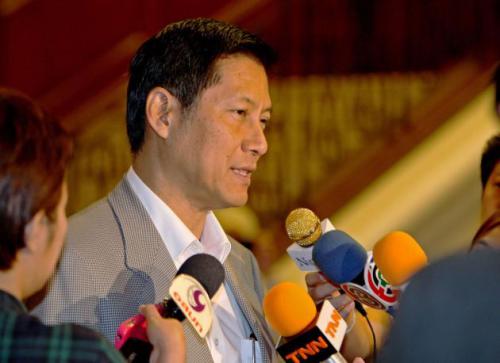 Speaking on condition of anonymity, an Isoc official said yesterday that his agency had already prepared the response to BRN’s demand and handed them over to Lt Gen Paradorn.

Thailand has been engaged in a peace dialogue with the BRN for several months now in a bid to end the unrest in the deep South.

These are recommendations put forward by the Isoc regarding the BRN conditions:

– Getting Malaysia to serve as mediator: The incidents in the three Southern border provinces are an internal affair and Thailand does not want another country to intervene.

– Thailand recognise BRN as a representative of Patani: The BRN needs to prove it can control all active groups in the South and find out if locals agree with letting the BRN represent them.

– Make the Organisation of Islamic Cooperation an observer in the dialogue: The incidents in the three southern border provinces are an internal affair and Thailand does not want outside intervention.

– Demand for a special administrative zone and respect for identity: Thailand does not suppress self-expression and people are free to embrace any faith. As for setting up an administrative zone, the BRN only presents one part of the history, not all of it.

– Suspects in security cases be released: Judicial procedures will be followed and the government cannot intervene.

Thai delegates are scheduled to meet BRN representatives in the third week of this month.

“I am happy to receive royal kindness and graciousness. Without a royal pardon, I would have served an additional eight years in jail,” he said.

Mr Surachai, a former communist insurgent and a red-shirt leader, also thanked the government of Prime Minister Yingluck Shinawatra and the ruling Pheu Thai Party for “never abandoning” those convicted of lese majeste offences. He said that he would later return to his home province of Nakhon Si Thammarat to be treated for a number of illnesses.

Mr Surachai, 72, was released from Bangkok Remand Prison yesterday evening. He left the prison shortly after 5pm and was met by his wife Pranee, red-shirt leader Weng Tojirakarn and a number of red-shirt supporters, who presented him with red roses.

Mr Surachai, who was sentenced to 12 years and six months on five counts of lese majeste, served 17 months of his term before his release.

Once a prominent communist insurgent and Red Siam leader, Surachai is one of the highest-profile prisoners to be tried for lese majeste offences. He was active as an insurgent in the 1970s and was imprisoned in the 1980s.

In February 2012, the then 71-year-old Surachai was sentenced to seven and a half years for defaming the monarchy at a 2010 red-shirt rally in Bangkok, while addressing his supporters. Now in poor health, Surachai was hospitalised in prison.


Another 13 provinces warned of flooding; Bangkok safe for now
The Nation / Phuket Gazette
PHUKET: People living along rivers or at the foot of mountains in 13 provinces have been advised to brace for possible natural disasters.

Although Bangkok is not among these provinces, Governor Sukhumbhand Paribatra has expressed concern for the 25 riverside communities in the capital because they do not have the protection of flood barriers. He said yesterday that these communities could be flooded in the middle of this month in the face of high tide and run-offs from the north.

At least 24 provinces are still being ravaged by floods. These already-flooded provinces are not included in the list of 13 provinces for which a warning was issued by the Disaster Prevention and Mitigation Department (DPMD) yesterday.

If these provinces end up getting inundated, the flooding will affect a much wider area of the country.

“Keep an eye out for any signs of danger that might come in the wake of downpours and keep abreast of all early warnings [issued by the authorities],” DMPD director-general Chatchai Phromlert advised.