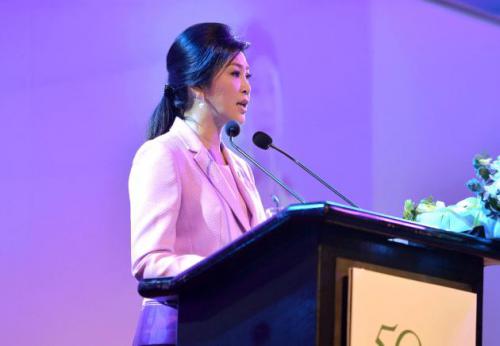 
DSI to probe berry-picking fiasco
The Nation / Phuket Gazette
PHUKET: The Department of Special Investigation (DSI) will take over a case in which workers from the Northeast were duped by a promise of berry-picking jobs in Sweden and Finland – then left unpaid and unaided abroad.
Some workers suffered extreme stress reportedly to the point of suicide, while some struggled just to get money to return home.

Kornwat said northerners and people from Phetchabun and Chai Nat were lured to work overseas but had to pay Bt120,000 in travel expenses. An initial probe found a company that sent Thai workers to Sweden had caused 500 people to suffer total losses of about Bt100 million, he added.

Winai said a Chaiyaphum-based agency hired him and fellow villagers to pick berries from July 20 till October 10 for about Bt100,000 per head. So, people borrowed money to fund their travel to Sweden but found hard living and working conditions and didn’t get paid as promised.

Winai claimed a fellow worker, Buala Laophrom, hung himself in a public toilet because he had blown his life savings to travel in hope of earning money from the job for his family. “Now all the family has is his ashes,” he said, adding that other workers also faced debts after returning to Thailand.

Facing the prospect of being unpaid for their labour, Sudjai said he and 50 fellow villagers, who picked berries in Finland, had filed a complaint to the Finnish government and labour union to punish the company involved.

He also wanted the DSI to punish the Thai company involved. He said the affected workers were “saved” by fellow Thais in Finland who raised funds from selling berry juice to buy them tickets home.


PM vague on details of new farm produce deal with China
The Nation / Phuket Gazette
PHUKET: China is reported to have agreed to buy another large amount of farm produce from Thailand – a million tonnes of rice and 200,000 tonnes of rubber annually for an unspecified period – under a special deal.

The orders are in addition to the first million tonnes of rice over a five-year period agreed under a memorandum of understanding signed by Chinese Premier Li Keqiang during his official visit over the past weekend, Prime Minister Yingluck Shinawatra said yesterday.

She was quoted by Government Spokesman Teerat Ratanasevi as telling Cabinet before yesterday’s weekly meeting that the extra deal resulted from “good relations” between Thailand and China, enhanced by Li’s visit to Thailand from Friday to Sunday.

Yingluck has assigned three ministries and the Council of State to study future crops and more legal deals that may encourage further opportunities in coming harvest seasons.

The PM appeared lacking in details to back up her statement about the special deal with China when asked by reporters to elaborate after the Cabinet meeting was over. She said she did not know at what price the rice and rubber would be sold to China under the deal, and that the Commerce Ministry would hold a press conference to explain it.

Yingluck was asked also about a seminar on the government’s controversial rice-pledging programme, which brought heavy criticism from prominent panel speakers. Former finance minister Pridiyathorn Devakula had said the two-year scheme had seen a loss of Bt425 billion. Yingluck replied that she did not have enough information to comment on Pridiyathorn’s figure but the Commerce Ministry would supply details at a future press conference.

She said the Cabinet yesterday had not discussed a plan to obtain Bt270 billion to fund the rice-pledging scheme for future crops.


Protesters stay put despite plea
The Nation / Phuket Gazette
PHUKET: Police yesterday tried in vain to convince protesters who have camped out at the Urupong Intersection for days to move to the National Stadium on Rama I Road.

Police had reopened 14 closed roads after assessing a reduced threat from the demonstrators, he said.

Rally leader Nitithorn Lamlua said police had neglected their duty to ensure peace as some people had thrown ma mui (itchy plants) into the tent where the protesters were sleeping in the early hours.

Nitithorn called for the crowds to surge to 10,000 to show retaliation against poor police performance and to demand the removal of Metropolitan Police commissioner, Lt-General Camronwit Toopgrajank.

Leaders were drafting a petition for a probe into suspected foul play related to the prosecutors’ dropping of a terrorism charge against former prime minister Thaksin Shinawatra, he said.

The Student Federation of Thailand and the Ramkhamhaeng University Student Council issued a statement condemning the citing of the university’s name as a supporter of the Urupong rally.

Some Ramkhamhaeng students defected from the People’s Army to Overthrow the Thaksin Regime and organised a rally under the banner of the Students and People’s Network for Thailand Reform.

Prime Minister Yingluck Shinawatra has instructed police to submit a security assessment by tomorrow before deciding whether to lift the Internal Security Act, one of her aides said.

The Cabinet resolved to keep the October 18 date for the end of the ISA, pending a review of the latest situation, Paradorn Pattanatabut, secretary-general of the National Security Council, said.

Security measures were necessary to prevent the protests from spiralling out of control, he said.

Organisers of the rally led by the People’s Army against the Thaksin Regime at Lumpini Park decided to name Preecha Iamsuphan as spokesman to replace former spokesman Thaikorn Polsuwan.

Suvait Theeravachirakul, president and CEO of the listed company, yesterday said that MBK’s main business strategy this year and next was to focus on developing condominiums and low-rise projects for detached housing and townhouses, on the back of its successful retail business.

He said the government’s policy of pledging price at Bt15,000 per tonne had impacted directly on the company’s rice business by causing it to shoulder higher costs, resulting in a drop in its net