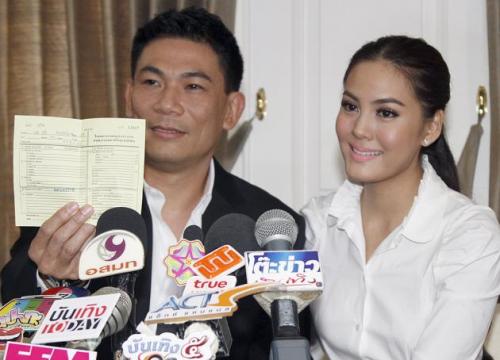 The clip shows three men wearing balaclavas and combat gear and holding automatic weapons. There have been similar video messages in the past but this is the first time one shows the speakers armed. One of the men says: “The Thai occupiers have committed betrayal, violence, lied and slandered the Pattani people.”

Deputy Prime Minister Pracha Promnog said yesterday that he had viewed the clip. He said the insurgents represented by the Barisan Revolusi Nasional (BRN) would only want to stall the peace dialogue, which he said had not been completely terminated.

“They would like to delay any further talks until Thailand heeds their five demands,” said Pracha, who is in charge of national security. He said Thailand should soon discuss the five demands, which are:

– a role for Malaysia as the mediator, not just facilitator;

– that the dialogue continue on behalf of Pattani Malayu people led by BRN;

– observers from Asean, the Organisation for Islamic Cooperation, and non-governmental organisations;

– unconditional release of all detainees; and

– recognition of BRN as liberators, not separatists.

Pracha said Thai intelligence had contacted BRN for clarity on the demands.

There was no clear answer, and so far certain BRN members still agreed that negotiation was the best way to restore peace.

He repeated a BRN statement that it was not responsible for the killing of highly respected imam Yakob Raisri, of the Pattani Central Masjid. Pracha did not say who was involved, but believed the killing was done by people opposed to the peace dialogue between the BRN and Thai authorities.

There were 86 incidents during the period this year, according to Prince of Songkla University’s Deep South Watch (DSW).

The number is lower than the 99 last year. The insurgents killed 52 people and injured 98.

Between July 10 and Wednesday, 29 people were killed and 105 injured. Of the fatalities, six were government officers and nine were local residents. Among the 105 injured, 63 were soldiers.


Committee to vet amnesty bill
The Nation / Phuket Gazette
PHUKET: Parliament has voted to appoint a 35-member committee to vet the amnesty bill on its second reading. The 35 members include Matubhum party-list MP General Sonthi Boonyaratglin, who was recruited under the Cabinet quota, and outsiders such as Thai Spring leader Kaewsan Atibodhi, who is in the quota of the opposition Democrat Party.

The MPs were asked to submit within seven days the points they wanted to be scrutinised.

After 15 hours of debate, the amnesty bill proposed by Pheu Thai MP Worachai Hema yesterday passed its first reading, accepted in principle, with 300 MPs voting for the bill and 124 against.

On the second day of debate yesterday, breaks had to be taken twice after arguments erupted, because government MPs wanted the debate to end, while opposition MPs insisted they wanted to continue scrutinising the bill. Deputy House Speaker Charoen Jankomol lost his patience and called for a vote on whether to end the meeting after MPs took turns to debate and counterattack.

Opposition party whip chief Jurin Laksanawisit said yesterday the opposition had changed its mind about boycotting the debate and would join the vetting of the amnesty bill on its second reading to prevent a grand-scale whitewash.

Jurin said the opposition had earlier considered boycotting the vetting of the bill, but reconsidered its position, because a vetting committee that consisted only of government MPs, might result in amnesty being granted to all wrongdoers, which would not be good for the country in the long term.

Government whip chief Amnuay Klangpa said he was not certain if the amnesty bill proposed by Pheu Thai MP Worachai Hema would be passed in the first reading yesterday, because MPs took more than five hours on Wednesday before they started the debate.

Bhum Jai Thai’s Nakhon Ratchasima MP Boonjong Wongtrairat protested against the bill, reasoning that it would destroy the country’s sovereignty and rule of law as well as promote violence. He urged Prime Minister Yingluck Shinawatra to withdraw the bill from Parliament’s agenda and hold a public referendum on whether to keep it.

Article 3 of the bill, said Boonjong, stipulated that amnesty would be granted to leaders and this left room for personal interpretation as questionable political figures did not want to admit whether they fell in the category of “leader”.

Pheu Thai’s Chiang Rai MP Samart Kaewmeechai dismissed the opposition party’s concerns that the bill would grant amnesty to all suspects charged under the lese majeste law. He insisted that during the vetting of the bill, government MPs would not include amnesty for those accused or convicted of lese majeste offences.

Pheu Thai party-list MP Nuttawut Saikuar argued that this amnesty bill was not the first of its kind as the country had previously passed 24 amnesty bills. He said the bill would be a tool to end political conflicts and lawmakers should not think only in terms of the rule of law but also in terms of what was best for society.

“A coup is the most serious violation of the rule of law because power to govern the country is consolidated under the thumb of one person while the Constitution is torn. Every time this happens, an amnesty law is passed to pardon the law offenders,” he said.

Nuttawut, who was among red-shirt leaders in the 2010 rally protests, said the red-shirt leaders who took to the rally stage at the Ratchaprasong intersection had vowed not to accept pardons. He also insisted the bill would not include lese majeste offenders.

Vatana is currently in exile to avoid charges related to the Klong Dan corruption case. He is charged of being involved in encroaching on public land in Phang Nga.

Nearly all TV stations covered yesterday’s press conference by the couple at his home in Samut Prakan, knocking the parliamentary deliberations about the amnesty bill out of the spotlight. Google searches in Thai language for “Janie” yesterday doubled those for “amnesty bill”.

Chonsawat, who has a daughter with yesteryear singer Nantida Kaewbuasai, said the couple had registered their marriage on Tuesday, at 9.09am.

He said any legal issues between himself and Nantida had bee