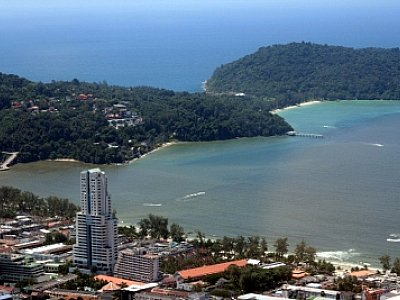 PHUKET (The Nation): Some 100 million rai of Thailand is owned by foreigners, mostly through their Thai spouses or nominees, Auditor-General Sriracha Charoenpanit revealed yesterday.

He said if this situation was “unresolved”, it could lead to later generations of Thais having no land to live on.

Sriracha told a seminar on concealed juristic acts yesterday that threats to national security came from: firstly, drug problems ruining people’s lives, and secondly, the lack of land for future generations, as foreigners now owned a third of Thailand – about 100 million rai.

It was a long-standing issue that resulted from a policy in 1997 to stimulate the economy by giving a special right of land ownership to foreigners with one million US dollars, he said. Some 90 per cent of coastal land at Ban Phe Beach in Rayong was foreign-owned, and foreigners owned about 30 per cent of Hua Hin and Pattaya.

Land deals were done in ways such as via marriage with Thais or setting up a Thai-based company which allows foreigners to hold up to 49 per cent of the shares. Indeed, he said, many companies let them hold the other 51 per cent through nominees.

Sriracha called for a limit on land owned by foreign residents and said the land tax should be hiked to promote the use of land, although doing this might be difficult, as the rich would object.

As a long-term solution, he urged the Anti-Money Laundering Office (AMLO) and the Department of Special Investigation (DSI) to look into foreign land ownership and give rewards to people who help police arrest those who break the law.

National Institute of Development Administration (NIDA) lecturer Piyanuch Potawanich warned that the launch of the Asean Economic Community (AEC) in 2015 would lead to more foreigners using nominees to own Thai land, especially Singaporeans, who were smart, had money and needed to invest for profit. Among many solutions, she also urged laws to punish nominees and deport any foreigners who do wrong.

Land Department executive Sujit Jongprasert admitted that finding nominees for foreigners who buy land wasn’t easy. Meanwhile AMLO chief Pol Colonel Sihanat Prayoonrat said his agency only checked land transactions that involved over 2 million baht in cash, so many buyers reduced the payment to avoid having to report such deals.

This follows the news reported in July 2011 where the Land Dept claimed 90% of prime Phuket land was controlled by foreigners.