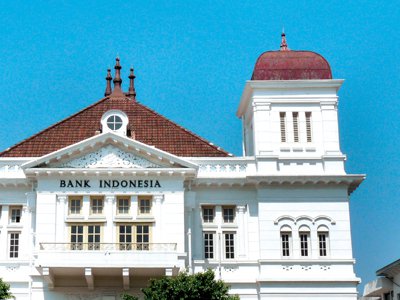 PHUKET: For many of us expats in Phuket, our Asian paradise has sheltered many of us from the financial woes being experienced back home by family and friends.

Asian markets, though not totally immune to European debt levels and the impending push for White House power, have been fairly resilient over the last few years and have provided steady economic growth and a view that Asia is still the place to be if you are looking to expand a business or if you wish to put your feet up and relax upon retirement.

For the savvy investor a few well placed investments within the Asian markets, even in troubled times would have still meant significant upsides and portfolio growth. Can this last forever? Obviously nothing lasts forever, but while we can reap the rewards of a strong Asian market place and try and forget about the economic troubles of less fortunate geographical regions, as they say, “let’s make hay while the sun shines”.

We can look at places like Latin America and especially Brazil, and even though there has been an economic slow down, high interest rates and good investment opportunities mean that this is still an attractive proposition for investors.

Not to be out done, we don’t have to look too far over our shores to see we have our own emerging economic powerhouse in our midst. Casting a glance at our Indonesian counterparts, we get a glimpse at what is very fast becoming an investment draw.

We only have to take a look at what is happening in the economy. While the rest of Asia is slowing down, Indonesia’s economy has posted its fastest growth for 15 years. In 2011 GDP grew by 6.49%, the best year since before the Asian crisis. That compares favourably to slowing rates in big regional neighbors such as China and India.

Indonesia’s success is very much a home grown story, domestic consumption and investment has enabled it to grow faster than neighbors such as Singapore, whose economies are more dependent on global trade flows and therefore more vulnerable to slowing export demand. If we look at the stats, more than 60% of Indonesia’s £442bn economy is generated by domestic consumption and exports are worth around 25%. Only a fifth of these exports go directly to Europe or America making Indonesia less susceptible to the European crisis than many other Asian countries.

If we look at Indonesia’s population size, 240 million and predicted to reach 315 million by 2013. The population is younger than many of its neighbors and it is calculated that its working population won’t peak until 2040; China’s is predicted to peak this decade.

Indonesia is also rich in commodities. It is the World’s largest exporter of thermal coal and palm oil, it has tin, copper and gold and is also self sufficient in oil & gas. There is also a conscientious that it will grow by 6% next year. This presents fantastic investment opportunities, however you have to be careful. Like most exotic markets, its stock exchange suffers when investors lose their appetites for risk based investments, the rise of the Indonesian Rupiah is not certain too.

There are definitely more pluses than negatives when looking at the Indonesian market, but you would need to be able to stomach the risks involved with this.

Anthony Lyman is a Senior Financial Consultant for the Montpelier Group