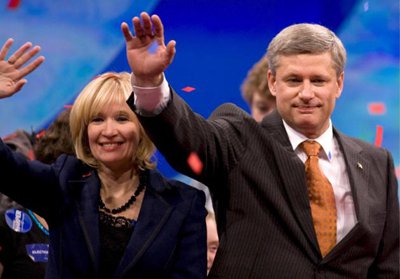 PHUKET (The Nation): Canadian Prime Minister Stephen Harper will pay an official three-day visit to Thailand, starting tomorrow, at the invitation of his Thai counterpart to strengthen bilateral relations.

Harper is promoting Canada as an investment destination choice and will discuss cooperation between the two countries in combating human smuggling and terrorism in the region.

The Canadian premier will be officially welcomed Friday at Government House and will then meet with Yingluck.

Topics of discussion will include issues of mutual interest, trade and investment, energy, education, and security, as well as Asean-Canada cooperation. Yingluck will host a luncheon reception in Harper’s honour at Santi Maitri Building in the Government House compound.

His official visit not only commemorates the bilateral diplomatic relations, but also reaffirms the long-lasting and cordial relationship between the two countries.

Thailand, as the country coordinator of Asean-Canada relations from 2009-2012, will also take this opportunity to highlight the auspicious occasion of the 35th Anniversary of Asean-Canada dialogue this year.

The plans for the Canadian PM’s visit to Thailand do not include a stop in Phuket or elsewhere outside of Bangkok.

The Thailand visit is part of Harper’s Asian tour that will take him to Japan on Sunday March 25-26 and to the South Korean capital Seoul on March 26-27, where he will participate in the Nuclear Security Summit.

Phuket Gazette: John Barnes to wing his way to Thailand