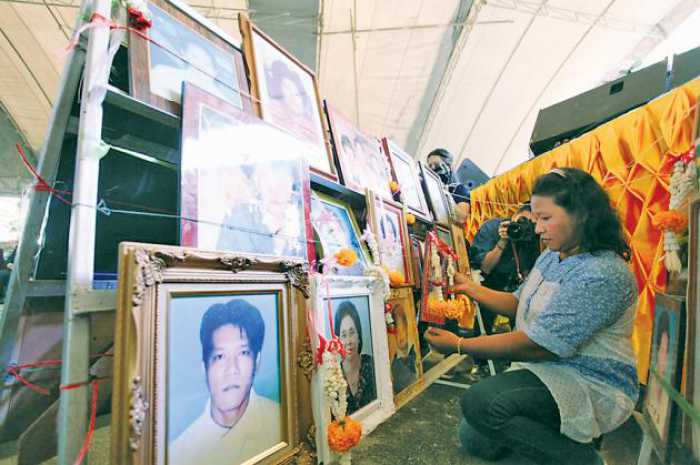 PHUKET: One decade on, people gathered at various seaside spots in tsunami-hit provinces to remember those who perished in the deadly waves.

Yesterday marked the 10th anniversary of the tsunami that killed more than 5,000 people of various nationalities in this country.

The Light Up Phuket event, which runs until tomorrow, also offers musical performances and exhibitions on emergency responses so people can take care of themselves should a similar event happen in the future.

Anupong read a statement from Prime Minister Gen Prayut Chan-ocha that emphasized the need to promote a culture of safety among Thais.

Anupong said he hoped the 10th anniversary of the tsunami would remind people of the need to be on the alert and well prepared to deal with disasters.

In Phuket, the Tambon Mai Khao Administrative Organisation organised Buddhist, Muslim and Christian rituals in dedication to tsunami victims. There was also a one-minute vigil among people who showed up in memory of those who died in the tsunami 10 years ago.

“I hope the commemorative event will nudge people into understanding that they need to rush uphill if there are signs of tidal waves coming.”

In Ranong province, religious rituals were conducted to make merit for tsunami victims. The giant waves killed 152 people and affected 45 communities in this southern province.

Preecha Pinang, a kamnan in the province, said he was still worried that preparations in the wake of the 2004 tsunami would not be good enough to protect people’s lives if the waves hit again.

“On existing evacuation routes, it would take locals half an hour to reach a safe spot. But a tsunami can ravage everything in less than five minutes,” he lamented.

She praised the impressive approach used by the Baan Nam Khem community in Phang Nga province and suggested that it should expand further.