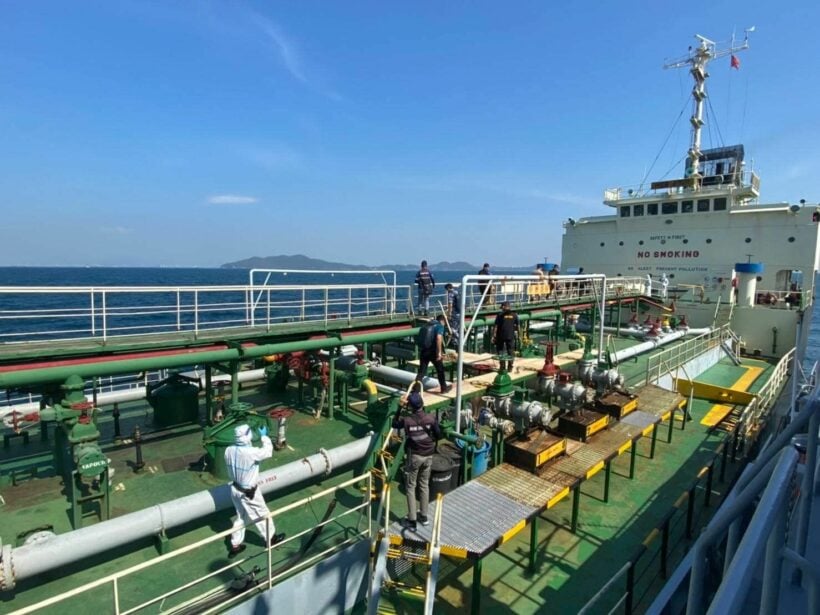 Thai authorities are investigating an oil tanker after waste was found floating near an island off the coast of Chon Buri’s Sattahip district, according to a Royal Thai Navy spokesperson.

Yesterday, the Royal Thai Navy’s corvette reported a waste spill about 9 kilometres away from the island and said it spread across a large area of the Gulf of Thailand. The navy deployed a helicopter to track the spill route and found that the waste was coming from an oil tanker named SMOOTH SEA. The tanker headed to another island called E Lao and later docked at Sichang Island.

The Maritime Enforcement Command Centre authorities are investigating to determine if the waste was leaked from the tanker. The centre shared that the updates on the situation will be released soon.

A Royal Thai Navy Spokesperson say the tanker operators could be charged for violating the Thailand sailing act if authorities found evidence of spreading waste into the sea. Suspects could face jail up to three years and a fine of up to 60,000 baht. The tanker would also have to pay compensation for cleanup efforts and nature rehabilitation.

riclag
I’m reading waste, so I’m looking for details in the story,like trash or human waste! When one reads further the waste is described as “spills “! Ok!
Slacker77
yea right "spills " of what ?