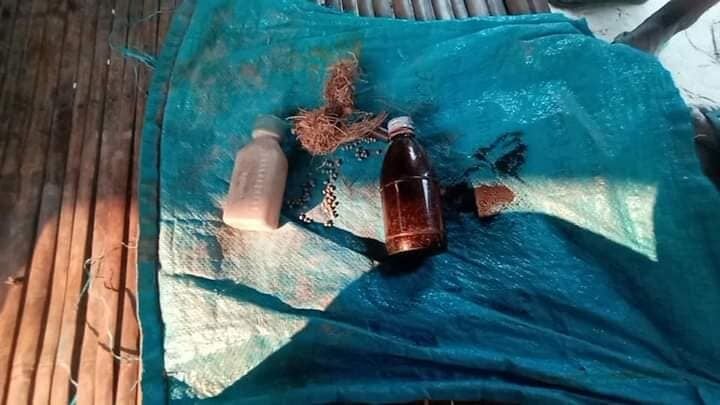 A Thai man accidentally shot himself in the mouth and died while shooting birds on Saturday morning in northeast Thailand’s Roi Et province. Investigating officers believe that the traces of gunpowder found on the man’s toes suggest he was holding the long wooden cap gun with his toes and checking the gun’s gunpowder levels with his mouth when he accidentally made a mistake and shot himself in the mouth.

The man’s wife recounted what happened to her husband, 40 year old Weerasak…

Around 6:00am, Weerasak asked his wife whether she wanted to go out and cut grass with him in a forest. On the way there, Weerasak requested that they stop at a wooden hut at a rubber plantation in Chum Chang district where he had been storing a long wooden cap gun to shoot birds.

Less than two minutes later, Weerasak’s wife heard gunshots. She ran over to find him dead at around 7:00am Saturday morning.

An initial investigation revealed that traces of gunpowder were found on the deceased’s toes. Investigating officers think Weerasak was holding the gun’s trigger end with his toes and used his mouth to check the cap gun’s levels of gunpowder. Weerasak must have made a mistake and accidentally pulled the trigger with his toes. Weerasak shot himself in the mouth and died instantly.

Weerasak’s body was initially taken by police for evidence to be collected and will be delivered back to the man’s relatives for religious ceremonies to be undertaken. 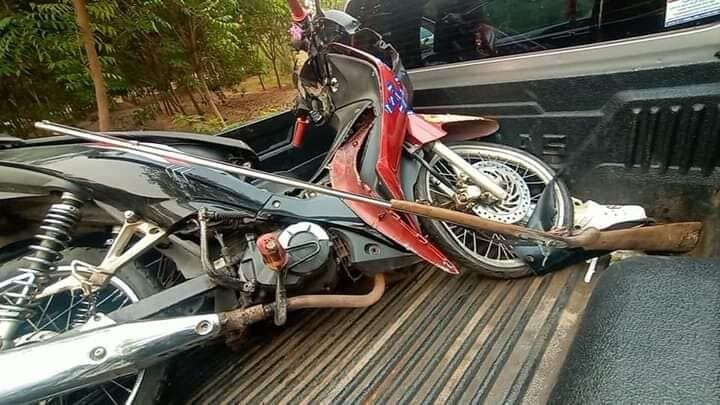 HolyCowCm
1 hour ago, AdvocatusDiaboli said: 😉 Hahahaha. That gets the funny post of the day even if it is disecting a piece of my post. But can't say back then the thought didn't cross my mind. Tha gal was trouble.
HolyCowCm
1 hour ago, AdvocatusDiaboli said: The nomination for this year’s Darwin Award has already been submitted. Yes but his wife will have to accept since he is not able to be present.