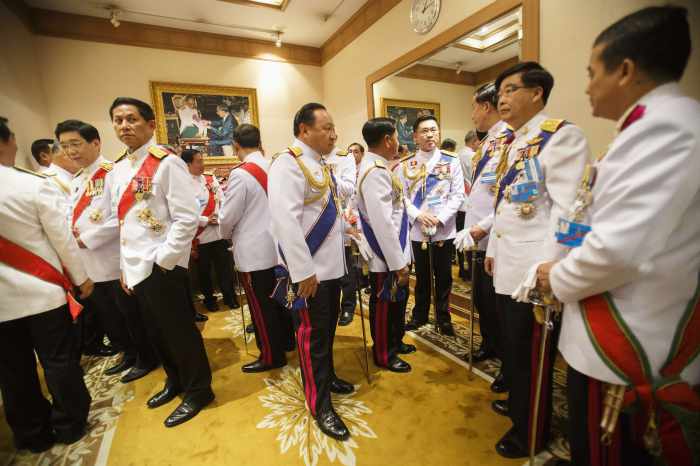 NLA vote on next PM set for August 21, 22
The Nation / Phuket Gazette

PHUKET: The National Legislative Assembly will call a vote on the next prime minister on August 21 or 22, its deputy chairman said yesterday.

Surachai Liengboonlertchai said he supports General Prayuth Chan-ocha, chief of the National Council for Peace and Order, for the position.

The Army chief is the most suitable candidate because he has demonstrated complete dedication to work for the country.

“But the decision rests with the NLA’ he said.

Jade Siratharanont, another assemblyman, said he backs Prayuth and most of the chamber also agrees that Prayuth is the best candidate to lead the country at this political juncture.

There would be no need to present other candidates. Most surveys also showed that Prayuth had the public’s approval, he said.

“It depends on whether Prayuth will accept,’ he said.

Surachai said the NLA would hold the first reading of the fiscal 2015 budget bill, an urgent agenda item, on Friday.

The NLA has only one month to scrutinise the budget bill before the fiscal year begins, he noted.

Over 100 Thai surrogates may be carrying babies for Aust couples