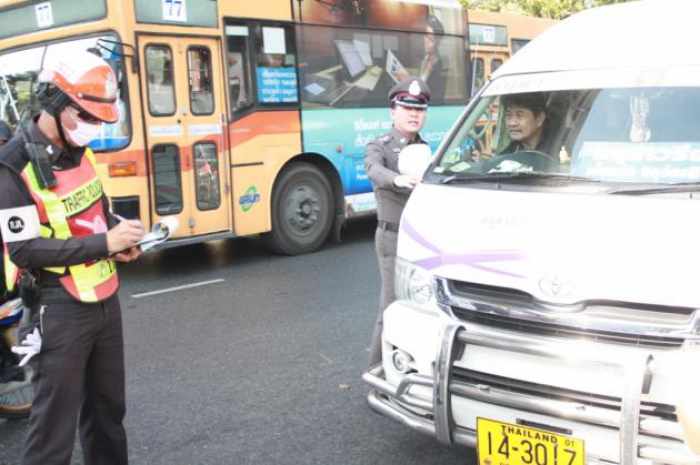 PHUKET: Motorists are to face tougher enforcement of traffic laws including traffic-fine collection, with the planned introduction of an e-ticket system and driving licence suspension for repeat offences.

“We will introduce the e-ticket system,” he said. “Information at the Land Transport Department’s computer system will then be updated constantly. This means the department won’t accept car-tax payment from drivers who do not pay traffic fines.”

Without such payments, drivers risk arrest for driving untaxed vehicles.

Continuing, Adul said that from now on motorists would need to take offences very seriously indeed. “Traffic laws have their sanctity,” he said.

According to him, the relevant authorities have already agreed on the e-ticket system idea. Now legal amendments will be proposed in order to implement it.

“We will soon present this proposal to the National Council for Peace and Order,” Adul said.

The Land Transport Department’s deputy director-general Wattana Patcharachon said his department would introduce driving-licence suspension as a punishment against repeat offenders in September.

“If you jump the red light for the first time, you will be fined,” he said. But if you do it for a second time within one year, your driving licence will be suspended for 30 days.”

He said the suspension could last for 60 to 90 days for third-time offenders.

“If you do it for the fourth time, your driving licence will be revoked,” Wattana added.