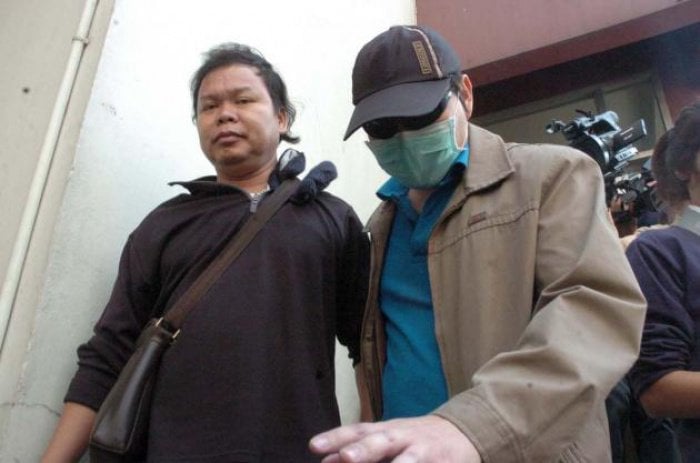 PHUKET: The murder of a dog, even if it’s a stray, will now matter in Thailand thanks to the newly enforced animal protection law.

A 32-year-old man gave himself up to police yesterday to fight charges of killing a street dog late on January 13 as he was driving out of the Imperial Lat Phrao shopping mall.

The suspect only admitted that the car was his and insisted that he did not kill the dog, who was fondly referred to as “Khao Dang” or “Dumb the Dog” by local residents.

The gunman was not visible in the clip.

Yesterday, Mr Wicha was charged with killing an animal without any reason under the 2014 animal protection law, as well as possessing and using a weapon in a community as per the law on weapons.

Witnesses said Khao Dang and several other strays barked at Mr Wicha’s vehicle while he was driving out of the mall. They said some of these dogs might even have scratched the man’s car, which incurred his wrath.

They also said this was not the first time this group of dogs had barked at him; they sometimes ganged up against him and his own dog, making as if they would attack them.

Panita Suntharat, who claimed to be the owner of the dead dog, said she was happy that Thailand now had an animal-rights law that forced this man to surrender.

“I came here [to the police station] to ask why he had to kill the dog just because she barked at him,” she said, though she refused to meet Mr Wicha in person.