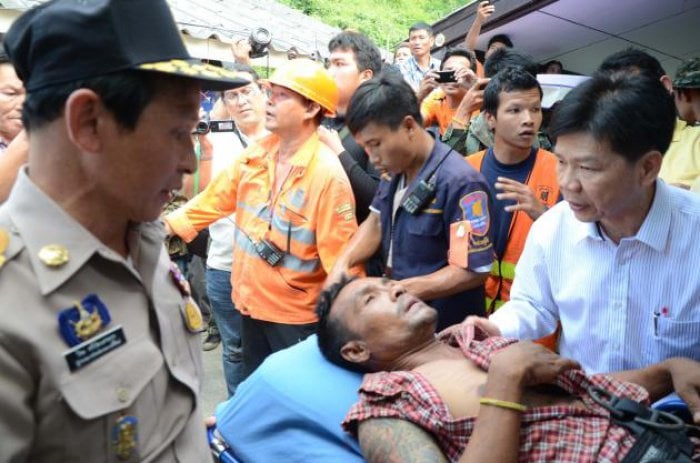 PHUKET: A Thai tourist was rescued yesterday after plunging off a cliff in a national park in Prachuap Khiri Khan province and being stuck there for 18 hours.

Khao Ta Mong Lai Forestry chief Phongsathon Phromkhunthod said Monchai Thongthabthim was thought to have climbed up a hill via a route built for trekkers but slipped off on his way down and got stuck beside a mountain.

Villagers heard Monchai calling for help at around 8pm on Sunday and notified police and rescue workers. A search party went out and spotted him at around 3am after he set his shirt on fire with a lighter to show his location.

Provincial Governor Weera Sriwat-thanatrakool said Monchai, 38, who was taken to hospital, told him he had travelled alone from Kanchanaburi, and was drinking beer at the Prachuap train station before being approached by a man and a woman.

He later fell unconscious and found himself on the hill after dark, he said.

However, police doubt his story and have said they will wait for him to recover fully before interviewing the man.