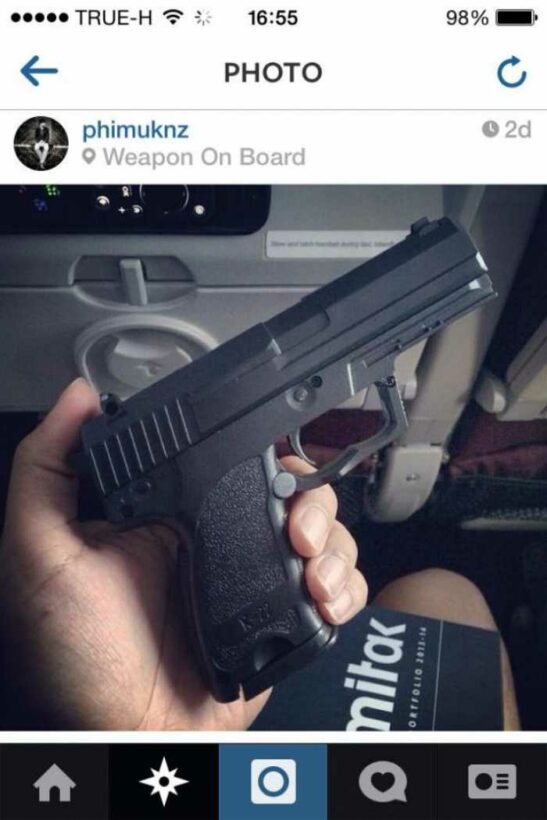 PHUKET: Chiang Mai International Airport has launched an investigation into reports that a passenger managed to board a flight with a fake gun inside his bag.

The passenger, flying from Chiang Mai to Bangkok, took a photograph posing with the fake gun while on board the flight and later posted it on social media. The image spread like wildfire, raising questions about the level of security at Chiang Mai airport.

“We have launched an investigation into the incident and must find out if this fake gun was really taken on board a flight from our airport,” airport director Lakchai Chaloeiprat said yesterday.

He also vowed to improve security measures if the incident proves to be true. He also warned passengers against bringing fake weapons with them on a flight.

“Such acts are a violation under the Air Transport Act,” he said.