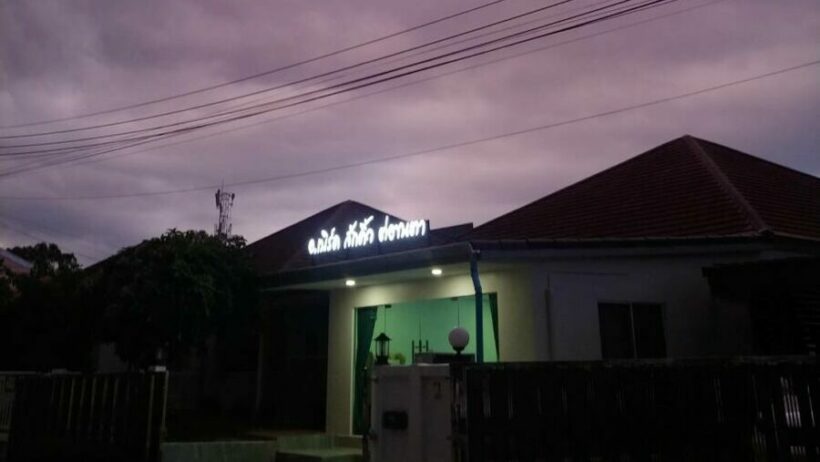 Last night in the southern Thai province of Nakhon Si Thammarat a man went to a police station and allegedly confessed to killing his son.

65 year old Boonyuen Waennak brought himself to a police station around 10 pm and admitted to his act of filicide, says Police Chief Thien Banthip.

After being notified of the slaying, police investigated the man’s claim by going to his house at No. 45/3 at Moo 6 village in tambon Nang Long. At the house, police discovered the body of 40 year old Sanoon Waennak covered in a total of 12 knife wounds delivered to his chest and both arms.

According to a statement from Boonyuen’s wife, Somjit, the son suffered from mental illness. She says Sanoon, who lived next door, came over to her house on Saturday wielding a knife. She says he threatened to kill everyone and even kicked his younger sister, Jarinya. Somjit says she tried to prevent her daughter from being kicked but was herself punched in the process.

It was at this time that Boonyuen got back home and attempted to calm his son. Sanoon replied by threatening to stab his father. Boonyuen responded by charging his knife wielding son. In the scuffle, Boonyuen pulled out a knife of his own and stabbed his son. Sanoon fell to the floor and died as a result of the stabbing.

After killing his son, Boonyuen turned himself into the police. He told officers his son was often violent towards family members when he was experiencing a manic episode. “Initially”, Boonyuen was charged with murder. However, It is not clear if the charge was dropped or amended.

Earlier this week, a man allegedly confessed to killing his father.