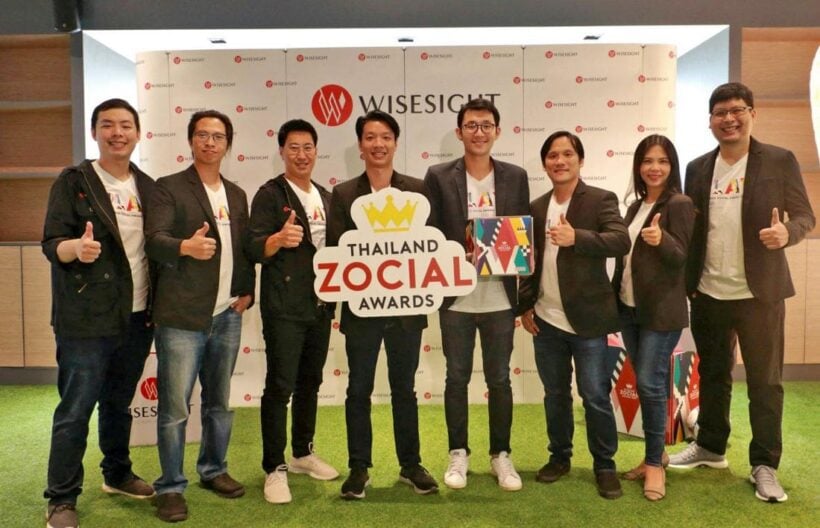 The company is forecasting that Facebook will keep on increasing, 4% in 2018, to a total of 51 million users in Thailand. Wisesight says the application of artificial intelligence will continue to root out fake accounts.

Meantime they note that Twitter users increased 34% in the past year but say only 7 million are active users. The foodie and selfie star, Instagram has dropped in popularity over the past year although only 1.5% – Wisesight claims that Facebook Live has dragged some of the Instagram users back to the ‘mothership’ for online merchandising.

Kla Tangsuwan, the Wisesight CEO, says the growth in social media has plateaued in recent years but the use has become more sophisticated. He says that Thais have “very high engagement’ rates in social media, especially when it comes to celebrities, social gossip and entertainment.

“There are 10,000 messages sent per minute online,” he said in the Bangkok Post.

Kla claims that brands will move to more in-video advertising on major platforms as the growth in online advertising continues to boom in Thailand. He also said that streaming’s technology will continue to change the media landscape as people use the technology to reach their audiences and sell their products.

Wisesight is organising the 7th Thailand Zocial Awards for February 2019 which will be held at Siam Square One, Bangkok, under the theme “PLAY: Rolling your data”.

Plain packaging for cigarettes being introduced to discourage smoking