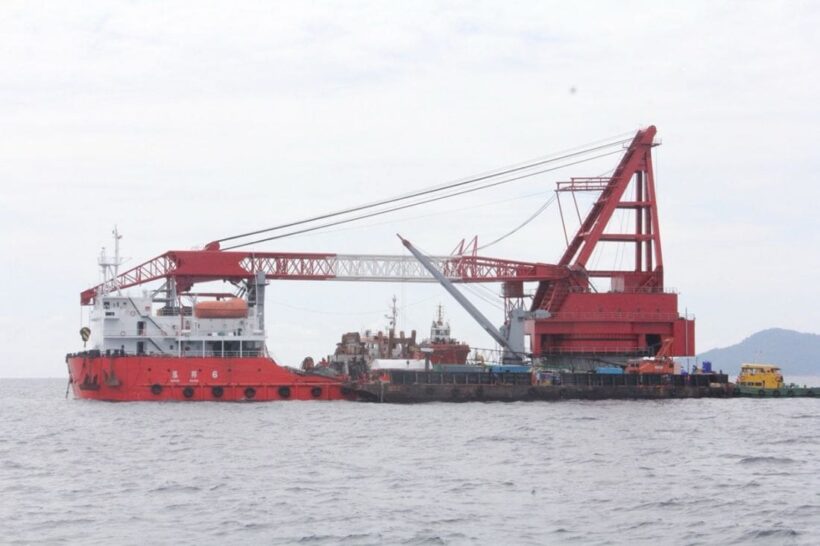 The Phuket Marine office is warning boats to be careful when navigating around the area where the Phoenix salvage operations are still underway of Koh Hei, south-west of Phuket.

The announcement issued yesterday states that, for the best chances of boat recovery and safety, all boats are being banned in a one nautical mile exclusion zone around the salvage operations, day and night. Boat captains must strictly follow officer’s advice in this matter.

The acting Immigration Bureau Maj-Gen Surachate Hakparn has again confirmed that Phoenix “will be raised within five days” from the commencement of operations on Tuesday.

Read more about the recommencement of salvage operations for Phoenix HERE.

Marine activity banned around the charred remnants of yacht off Patong

Tourist Police service centres being set up on Phuket beaches