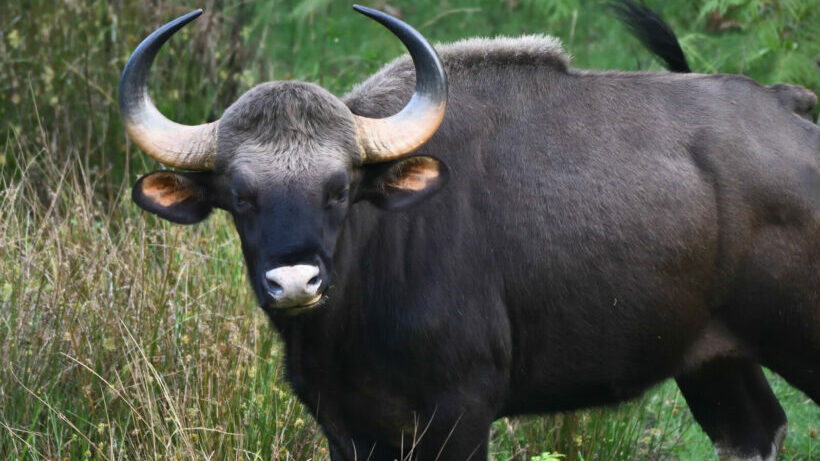 Over the weekend, a forest ranger was killed and another ranger sustained injuries after they were attacked by a gaur, an indigenous bovine also known as an Indian bison. The 2 rangers had been on patrol in the Khao Yai National Park at the time of the attack. There were 4 other rangers who had been conducting patrols with them since Wednesday in the national park areas that encompass the Nakhon Nayok and Prachin Buri provinces in central Thailand.

Shortly after arriving at Khao Samer Poon in Prachin Buri on Friday, the 2 rangers, Nakorn Sriruang, who was head of the patrol, and Samruay Neeplee, were charged by a gaur, says Adisak Phusitwongsanuyut, chief of Khao Yai National Park. Other rangers at the scene fired shots at the gaur to scare it away. First aid was administered to the injured rangers followed by a helicopter airlifting them away to a hospital.

The gaur population has dwindled down to a couple hundred in Thailand. When they have limited interactions with humans, such as in parts of India, the animal tends to be timid, but when frightened they will crash through the forest. In some Southeast Asian countries, locals say the gaurs can be noted for their aggressive behaviour. The animal has few natural enemies.

HolyCowCm
Too bad for the unnecessary death. But looks like these guys just might be the perfect tourists to go to Yellowstone National Park.

Man allegedly poses as famous DJ on Facebook to get donations for Covid, keeps the money