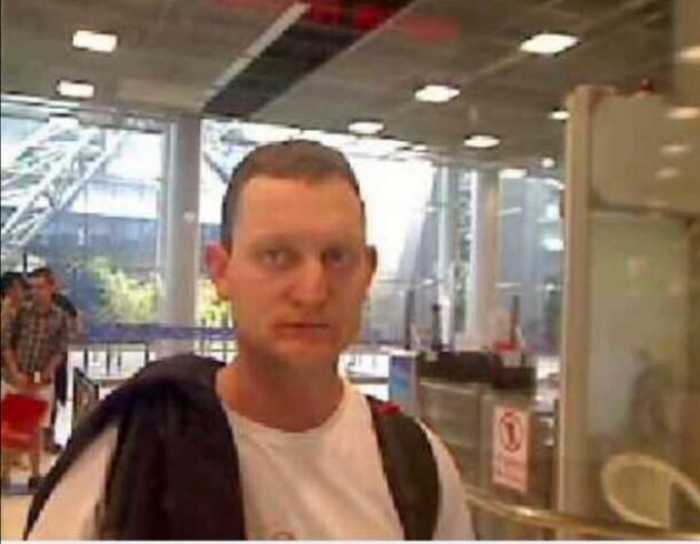 PHUKET: Police investigation into the murder of two British tourists on Koh Tao last Sunday has shifted from migrant workers to friends of the male victim, while autopsy results have provided revealing information about the gruesome crimes.

Pol Lt-General Panya Mamen, commander of Police Region 8, said yesterday that British citizen Christopher Alan Ware, a travel companion of victim David William Miller, had cooperated in giving information to the police in an interview at the Immigration Bureau in Bangkok. Samples of Ware’s DNA had also been collected since he was on Koh Tao.

Police are giving most weight to scientifically proven evidence from the autopsies, Panya added.

A police source, quoting an Institute of Forensic Medicine (IFM) scientist, Pol Major Kaywalee Janphan, said DNA-based identification of a single blond hair found in the hand of the other victim, Hannah Victoria Witheridge, was not possible, because the hair’s cell was not intact.

Police had interviewed six migrant workers and a number of Thais, he said. Three female friends of Witheridge had also been interviewed and were allow-ed to return to Britain.

Panya said an extra 150 members of the Tourist and Marine Police had been deployed on Koh Tao and at piers on the coast of neighbouring Chumphon province to heighten security and boost tourists’ confidence.

Miller’s friends, whom Somyot did not identify, were at Suvarnabhumi Airport, about to leave Thailand. “We have asked the British Embassy in Thailand to ask for their cooperation in staying in Thailand while the investigation continues.”

Police on Tuesday night ruled out three Myanmar workers as suspects after interviewing them and searching their rooms. Panya was quoted as saying that the three men had been very far from the scene of the double murders, adding that DNA samples had been collected from them.

The post-mortem report on Miller’s body has revealed that his death resulted from blows to the head and drowning, Pol Colonel Dr Pornchai Sutheerakune, commander of the IFM, said yesterday.

Water was found in Miller’s lungs, his body showed traces of being dragged and there were wounds on the back of his hands, Pornchai said. The findings indicate that he fought with his attackers, was beaten and then drowned, the doctor said.

The autopsy on Witheridge, whose body was found near Miller’s, showed she also had trauma to the head. There were also traces of recent intercourse and semen was found on her body.

The doctors will use the semen to try and identify the culprit, comparing the DNA samples collected from the bodies with those from suspects.

The doctor said he could not tell what had been used to beat the victims, other than it was a blunt object. The time of death is not known because the bodies had been frozen before autopsy.

The bodies can be reclaimed by the victims’ families now that the autopsies have been completed.

“On behalf of the Royal Thai Government and the people of Thailand, I would like to extend to you and, through you, our sincere condolences and sympathy to the bereaved families for their irreparable loss,” the note read.

He further said that he wished to reassure future travellers that the government gave priority to protecting foreign nationals visiting and residing in Thailand.