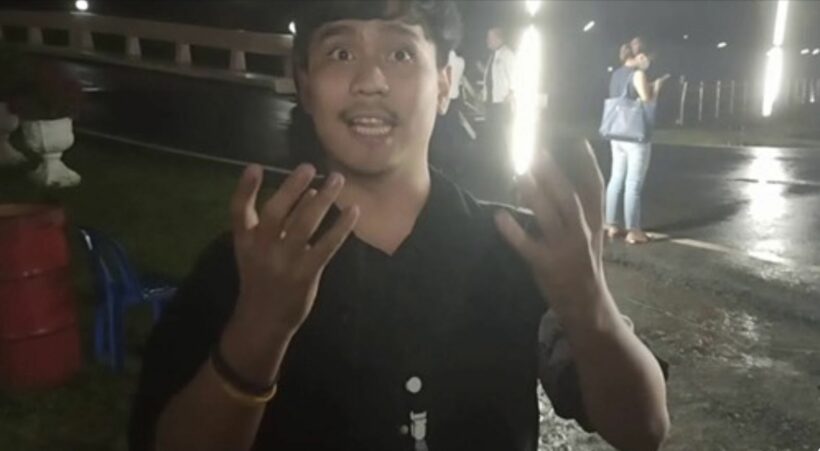 Thai media are being targeted as part of the crackdown on the current round of protests. A Prachatai’s reporter was detained after casually asking attending police where he could stand to cover last night’s rally. The Thai Journalist Association posted a Tweet at 11pm saying that 6 journalist organisations “had been notified about the arrest and had been working with related parties”.

The Prachatai’s reporter, Kitti Pantapak, was arrested in front of the MBK Mega Mall, adjacent to the Pathumwan intersection where some 10-15,000 protesters had gathered, whilst he was in the middle of a Facebook Live post covering the protest and the arrival of the riot police to break up the rally. Kitti was wearing a Thai media armband issued by the Thai Journalist Association, as notification to authorities that he is accredited media covering the event.

Kitti was later released this morning at 2am, according to Prachatai, after paying a 300 baht fine, apparently for “defying an order of the authorities”.

The live stream shows that Kitti Pantapak was talking to police and asking an officer where he could stand to cover the news. Police then approached him and stopped the live stream, took his phone and camera and detained him.

“I have been detained already.”
He was taken to the Pathum Wan police station and later to the Border Patrol Police HQ in Khlong Luang, some 40 kilometres north of the protest site in Bangkok, where other protesters had also been detained. Happy to report that Kitti was later released at 2am this morning after paying the fine. His mobile phone and camera were also handed back to Prachatai media staff before his release

The current State of Emergency in Bangkok prohibits “publishing or broadcasting information which could threaten the stability of the country”. 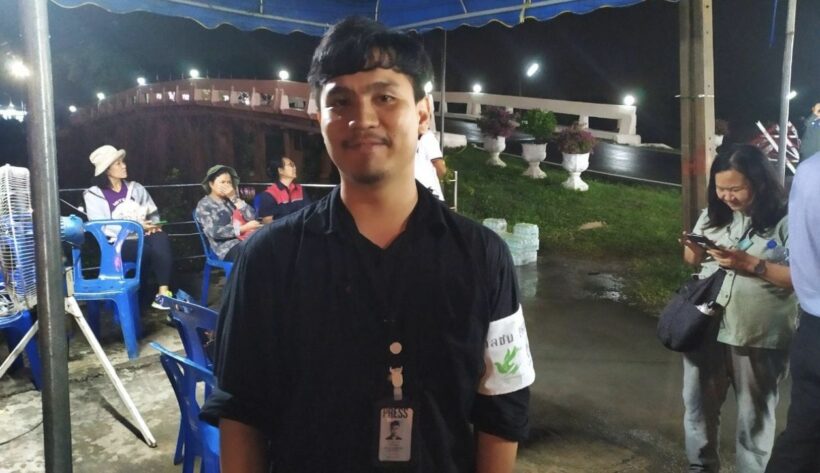