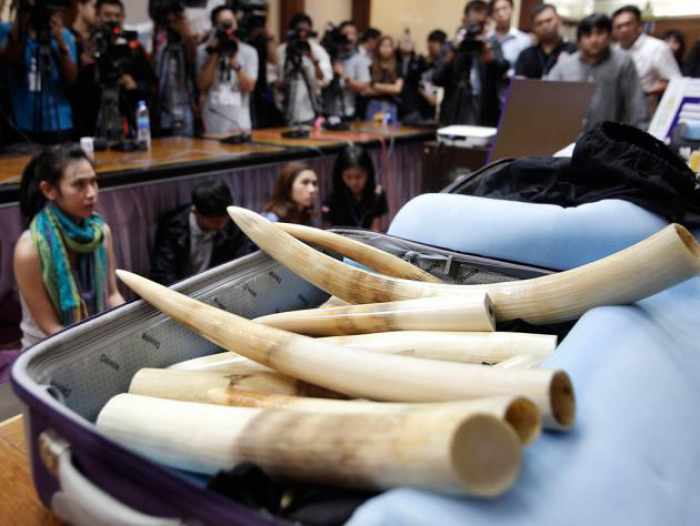 Ivory worth Bt9m seized at airport
The Nation / Phuket Gazette

PHUKET: Customs officials arrested a Chinese woman and a man from Vietnam at Suvarnabhumi Airport after they allegedly tried to smuggle elephant tusks and ivory products worth about Bt9 million out of the country, Customs’ deputy chief Paisarn Chuenjit said yesterday.

The man was identified as Luong Tien Phong, 62, and the woman as Chen Zhiyu, 23. They were arrested on Saturday along with 18 pieces of tusk and 587 ivory products, worth about Bt9 million in total, found in their suitcases.

Paisarn said the arrest was the result of his department boosting its preventive measures to block the ivory trade in line with CITES, the international wildlife agency.

The suspects claimed they were paid by an Asian to smuggle the items from the Ivory Coast to Siem Reap in Cambodia via Bangkok. The woman was paid US$500 (Bt15,900) and the Vietnamese man $300 (Bt9,540).